The housing bubble of 2008 led to the foreclosure crisis of 2010, and the market continued to decline until 2012. For many, this served as a wake-up call that buying ever larger and more expensive homes were not the solid investment they had believed it to be. Is investment really the only reason to own a home? What about freedom from a restrictive lease? For many others, who found themselves still unable to afford a mortgage even at the bottom of the market, homeownership seemed forever out of reach. Thus was born the “tiny home” movement: building very small homes, which can be owned without signing a 30-year mortgage contract. The prospect of owning one’s home free and clear within a short time is attractive to many.

Generations of American families, when in the market for a home, asked themselves, “How much house can we afford?” It was taken for granted that they would buy as much house as they could afford. But for some, a better question might be, “How much house do I need?” A family with several children might need a house with multiple bedrooms and baths; but for a young, single person, or one who for some other reason does not have a family to house, the standard two-bedroom house might be more than they need or can afford.

A “tiny home” is defined as one with no more than 400 square feet, so a 20 X 20 home would be the largest tiny home. There are apartments in that size range, so someone used to urban life could do well in a tiny home. Likewise, someone who spends a lot of time away from home. There are also people who build tiny homes in addition to their regular home — say, as a vacation home, guest house, or home office. The trend has grown to the point that now, online vendors sell tiny home kits, at prices ranging from $5,350 for one one-room cabin of 113 square feet to $34,900 for 354 square feet, near the limit for a tiny home.

One inexpensive option that provides a trade-off between cost and number of rooms is the Starlight by BZB Cabins and Outdoors, currently $17,900. 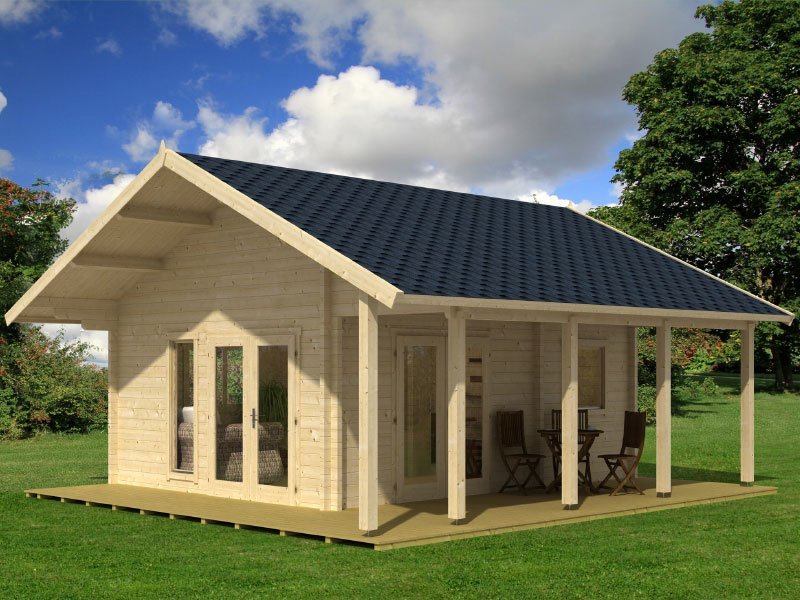 The Starlight has 237 square feet downstairs, plus an 86 square foot loft. The schematic on their website shows the downstairs as a living room, kitchen, verandah, and nursery, but the small size of the nursery suggests that it could also be plumbed as a bathroom — a feature, not all tiny homes have, to judge by the plans seen on the internet. An optional insulation package can be ordered with it, allowing for year-round use.

BZB Cabins and Outdoors has several other tiny home kits as well, some costing less, others more, to suit your needs and budget. Some of these are only one room, probably best suited to an office, workshop, or rec room. Starlight is a good choice when several rooms are needed. Please allow 16 weeks’ lag time after ordering.

Top Apps to Install on Your Android for Gardening

Outdoor party ideas for all seasons

How to Make Garage Door Safe for Kids

How to Find the Best Contractor to Install Your New Decking

Tips for Taking Care of Your Trees in Winters

How You Can Extend The Lifespan Of Your Roof

How Can You Tell Good Quality Artificial Grass?

How to Decorate Your Garden For a Birthday Party

The Best Gutters for Your Home: Pros and Cons and Types

Landscaping 101: How to Give Your Yard That “Wow Factor”

Extreme Weather and Your Roof

In Light of Notre Dame, It is Vital to Maintain Our...

How To Maintain The Appearance of Your Building