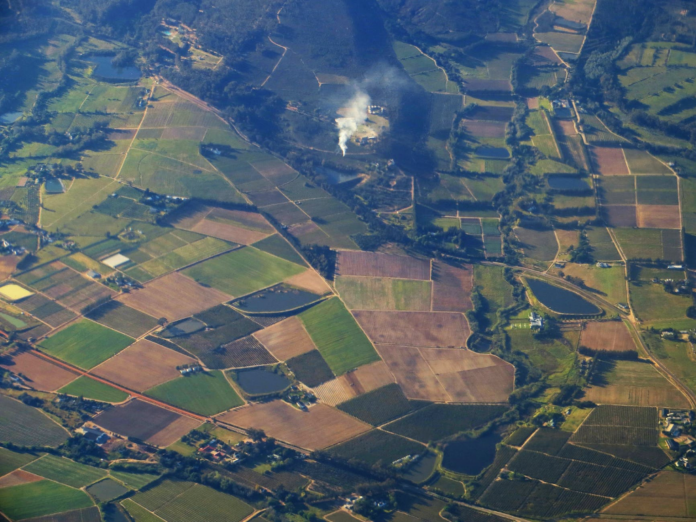 An infrastructural project is a complicated endeavor. One that requires extensive planning at various stages of execution. Land Surveying is arguably the first process that is performed before the project takes its shape. It is a process of mapping the surrounding environment of the designated location. Land Surveying involves gathering information and charting points, lines, and corners using specialized tools and mathematics to develop a map of the environment. The map is later used for the identification of property boundaries, topography, and other features of the land where the project is to be developed.

If you have ever come across civil engineers armed with tripods and dressed in reflective clothing and safety equipment, making observations and taking notes, you have probably witnessed land surveyors on their job. Various tools are utilized while performing land surveying. The conventional methods rely on a theodolite, measuring tape, level, and a reference rod. Technological advancements have enabled the development of modern tools such as laser scanners, satellite systems, aerial scanners, and 3D scanners, making the process fast, efficient, and more accurate.

Land surveying is an essential component of any infrastructure development project, be it parks, buildings, roads, or dams. Why is it so important? Here are some of the purposes behind performing land surveying.

Before any construction project, it is important to study the topography of the land. A topographical survey involves a study of the state of the land, the presence of contours, slope, physical terrain, and gradients. It also involves identifying and mapping natural and man-made features, both above and below the ground, which may involve trees, manholes, piping, and so on. The study proves useful to engineers and architects when the layout is planned and proceed with development activities.

Land surveys are further used to develop contour plots. These plots basically include slopes and gradients of the land and overlay them on a satellite view map. Once again, such contour plots are used by engineers to plan out construction projects. They are also used to predict the direction of the flow of water, including rivers and their tributaries. This becomes useful in predicting and preparing for floods and specialized surveys for this purpose are called Floodplain Surveys. 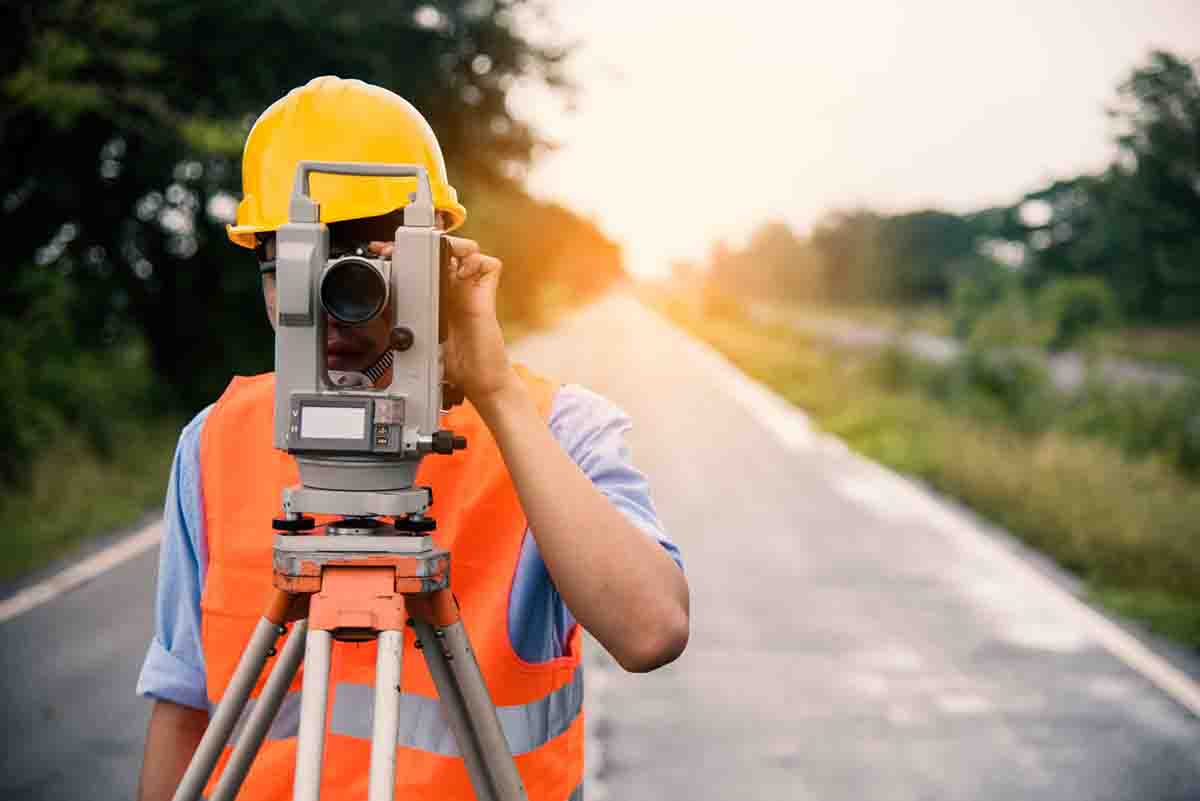 When performing a massive infrastructure development project such as building a dam, a railway station, or roadways and flyovers, is it important for the engineers and architects to have as much information as possible from the get-go.

Cost constraints are a big factor in any development project and in large-scale construction projects, a small error or miscalculation can have a butterfly effect and dire consequences. Prior to undertaking such a project, engineers need to account for various factors and assess the feasibility of the project. To do this, they need detailed information regarding the features of the land and the presence of public infrastructure and utility systems such as water pipes, electric cables, and drainage channels. In addition to this, they also need access to development plans for other future projects that may be built.

For example, if there are plans of building a flyover and a subway line in the vicinity, it is important for the engineers to know of the same and their geographic extent. This is also where Right-of-Way Surveys are used. Such Engineering Maps are also essential for soil analysis, which in turn affect the design of the foundation of the structure.

Further, all projects require the estimation of the work quantity involved, i.e. estimation of work. Whether a road, landscaping, canal layout, playfields, airfields, buildings, or any other project, an important requirement is to assess the amount of work required and the corresponding manpower and machinery that would be involved. This in turn helps predict the time frame of the project and prevent delays. Land surveying acts as a tool to provide a reasonably accurate estimate of the work involved.

As a property owner, it is important for you to know the exact lines and corners of the boundary and extent of your property. This allows you to protect yourself against encroachments of your property. Maps like these, known as Cadastral Maps, are used not just for demarcation of personal properties, but also to identify the extent of towns and villages and divide them into blocks and regions.

Information from Cadastral Maps is used in Real Property Reports, which are legal documents and contain information regarding the dimension and boundaries of properties. The team of experienced realtors from AxiomGeomatics.ca emphasizes the importance of Real Property Reports and how they can be indispensable in the time of property disputes. Generally, the land surveyor holds accountability for the results of the survey up to a period of 10 years, although this varies with local laws. After this period, a new survey has to be performed to update the Cadastral Maps. Such surveys are also performed for establishing the extent of properties that may have been leased. 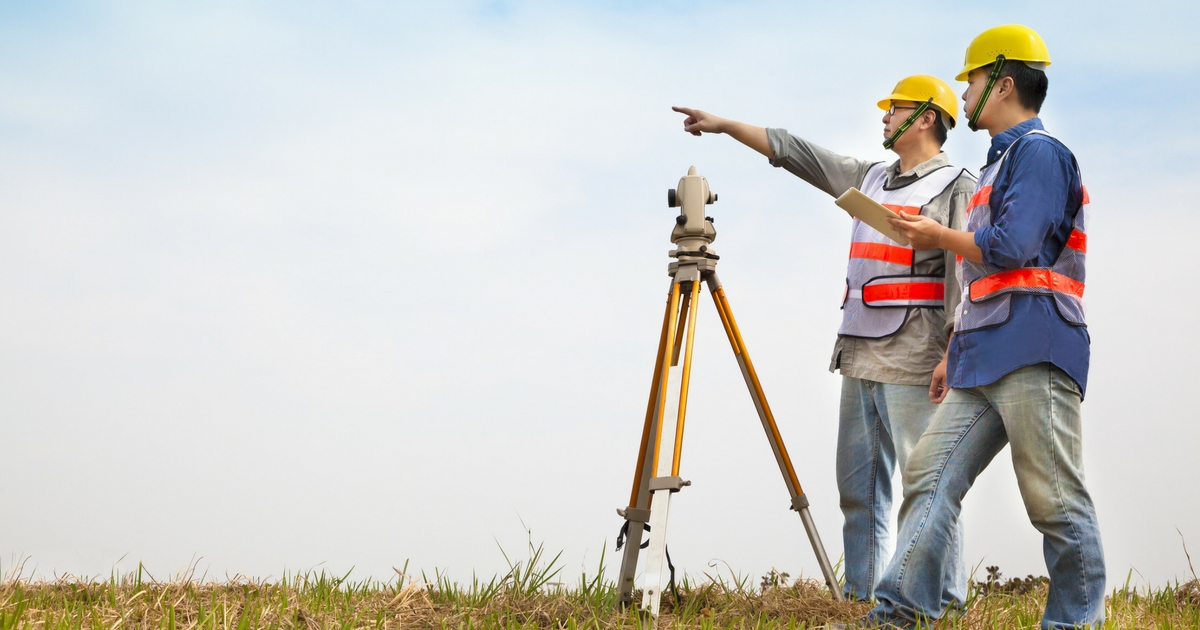 An important application of land surveying is performing utility surveys. While knowing where existing systems and infrastructure such as electric wires, gas pipelines, sewage drains, and water pipelines lie while developing a property, it is equally important to know where future utilities will be located. This is done through Utility Surveys.

A control network is a series of landmark control points that are used as references for other land surveys. Developing this network of points is essential during the planning phase of any large scale project and lays the foundation for all other land surveys that may be performed. Based on these, further construction projects are performed. These control points are established by Global Navigation Satellite Systems (GNSS) and are further supported with more conventional approaches.

While building such a control network horizontal and vertical position of the landmarks, that is the control points, are established. These control points, when accurate within a certain threshold, are made part of the national grid and are marked both, physically as well as in the official maps.

Land surveying is an essential component of any infrastructural project. That said, the process finds use not just in construction activities but also forms the backbone of various legal documents, and administrative and planning tasks, for both private and public processes.

This is How Everlasting Comfort’s Hypoallergenic Waterproof Pillow Really Works

What to Look for When Choosing a Buyer’s Agent

Guide to Choosing the Best Curtains, Bed Sheets and Blankets

What to Consider Before Buying a Home

Top Ways How Smart Home Appliances Can Help You Save Energy

4 Things You Should Consider Before Buying a Steel Construction