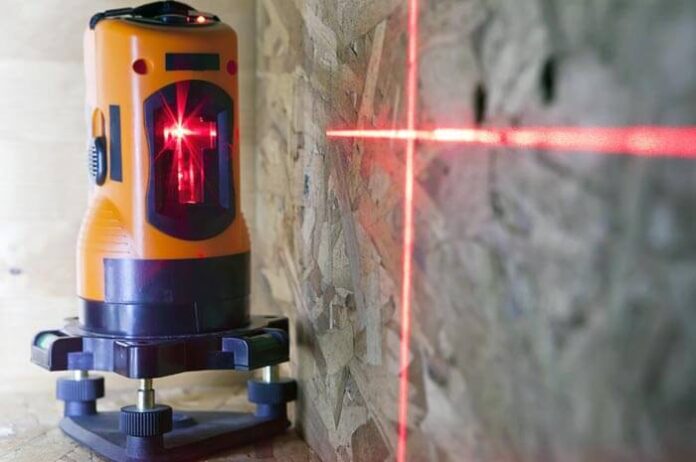 If you’re looking to create a straight and level line for a project, then it’s difficult to beat a laser level. They come in several different forms, each of which is suited to a particular task, and each of which comes with particular advantages.

What are the types of laser level?

There are three main types of laser level with which we should concern ourselves. These are:

A cross-line laser level actually consists of two laser levels which can be positioned to create two lines on a wall, which intersect at perfect right-angles. They’re perfect for creating corners and edges, but they come with a relatively short range.

This consists of a single laser emitter which is swept in a continuous 360 arc, effectively painting a straight line on every wall in a given room. They’re great for when you need to draw a straight line across every wall. Bathrooms and kitchens which demand continuous tiling all the way around the room are a great match for rotary laser levels.

Rotational lasers are suited for large-scale construction projects, and can reach over long distances.

A flat laser level is designed to be positioned right up against a surface. They come into their own when you’re laying down tiled flooring. Simply position the laser cross such that the gaps between the tiles align with the projection. Then repeat for every new tile being put down. 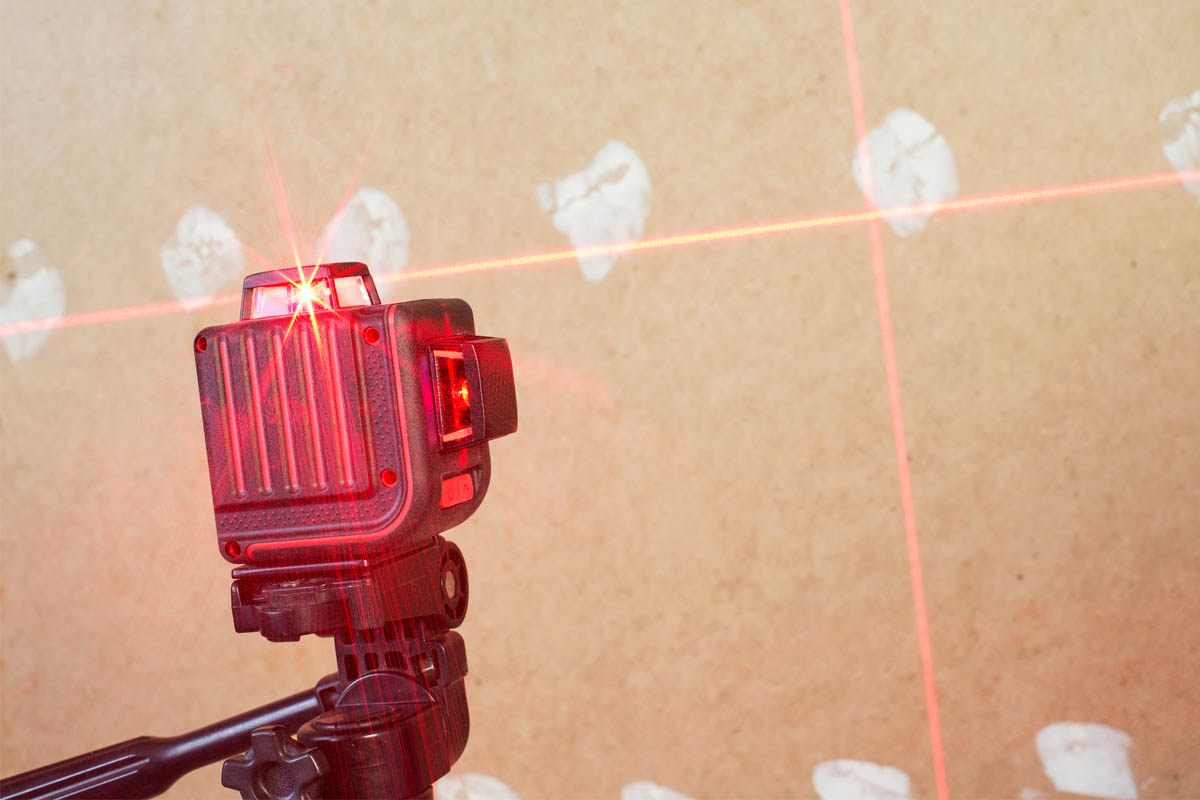 What do the colours mean?

A green laser level has a greater perceived brightness than a red one. For this reason, they’re more power efficient, and easier to see, especially over longer distances. You might find, however, that there’s a difference in price – so make sure that you consider where you’re going to be using the device, and whether the expenditure is worthwhile.

Why use a laser level?

Laser levels are much more accurate than hydraulic ones. There allow limited scope for human error, as there’s no need to hold it steady, especially if it’s freestanding. It’s also quicker to get work done using a laser level than with a traditional spirit level. If you’re putting markings on a section of wall, for example, then don’t need to measure and draw several lines to get to the one that you’re interested in – you can instead set up the projection and get marking. Laser levels are also extremely flexible, and can be put to use in a wide range of applications.

The only downsides of a laser level stem from the prohibitive cost and learning curve. With that said, if you’re doing a lot of measuring, these disadvantages will often pale in comparison with the benefits.

This is How Everlasting Comfort’s Hypoallergenic Waterproof Pillow Really Works

What to Look for When Choosing a Buyer’s Agent

Stop Ignoring It! Fix These Home Issues Before They Become a...

How to Look After Your Roof

Easy Ways to Bring New Life to Your Lounge Areas

How To Save Money On Tree Service Springfield IL

Specifications About The Construction Accidents Lawsuits

How To Pass A Home Inspection With Flying Colors (2021 Guide)