Exercise offers countless benefits to both mental and physical health, from preventing many chronic illnesses to improving mental well-being, giving plenty of reason to hit the gym and start a regular exercise schedule.

Of course, not everyone wants to go to the gym, while many don’t even have access to one nearby to their home, which is why it’s a great idea to start exercising outdoors. Discover the wide range of active wear here. 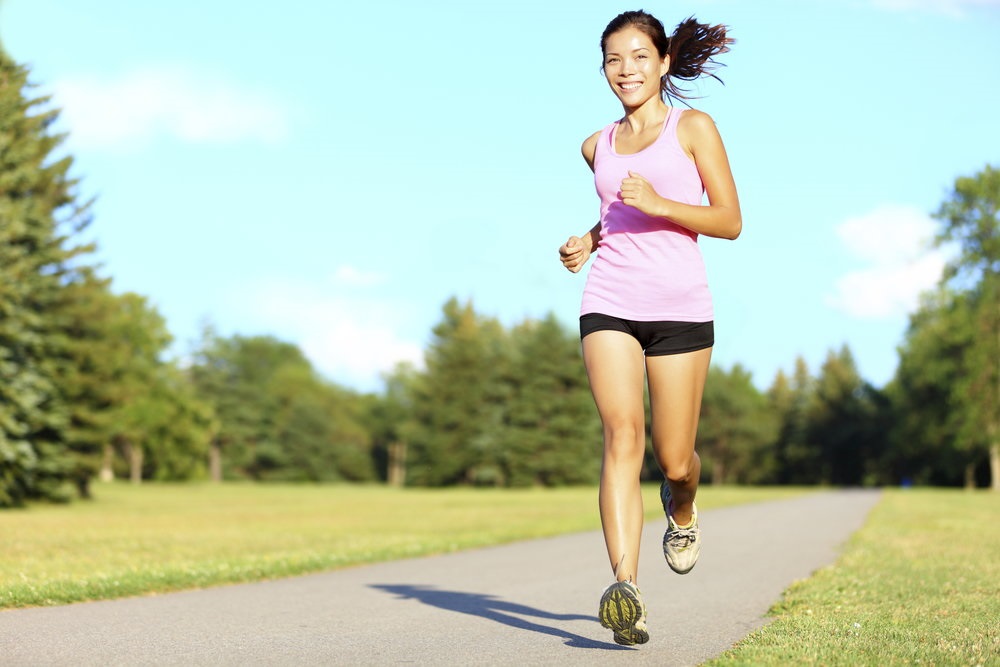 Outdoor exercise isn’t just great fun, it also offers a variety of benefits that aren’t always gained from indoor exercise. Also, many of benefits you get from general exercise are enhanced by simply moving outdoors, giving even more incentive to head outside and start working out.

If you’re thinking of exercising outside be sure to check out these five amazing benefits!

Most people enjoy a more rigorous workout when doing it outside. This is because the outdoor environment is generally much more challenging to navigate, so anyone running, jogging, or cycling outdoors can expect a tough workout that burns more calories and works the body harder.

For instance, outside exercise involves running up inclines, wind resistance, different types of terrain, and encountering various obstacles, all of which work the body harder by forcing it to adjust to the environment.

Compared to running on a treadmill or using an exercise bike, outdoor exercise gives you a far more effective workout. This means better results from your exercise by simply moving outside! Of course, gym workouts outlined below in gymequipment’s “55 exercises you should try” infographic can also be used to give you a thorough workout if you are tired of cardio.

Furthermore, when exercising outdoors your workout is likely to last longer compared to an indoor workout. This occurs because outdoor environments are generally more enjoyable to exercise in, with less chance of feeling bored and finishing earlier.

For example, if you compared the length and duration of an outdoor run compared to running on a treadmill indoors, you’re likely to exercise harder and longer. Outdoor exercise may make you feel less fatigued too, as perceptions of excretion often decreased when outside.

So, your workouts are not just more challenging, but also generally longer and more enjoyable!

When we’re outside the body is more exposed to the sun, resulting in increased production of vitamin D and various benefits that come with it.

Perhaps most notably, vitamin D is a known anti-depressant, helping to tackle vitamin D deficiency. This is an increasingly common issue in many people, especially during winter when there is less sunshine, leading to bouts of seasonal affective disorder (SAD).

Basically, without enough vitamin D, we become more susceptible to depression and anxiety. Increasing exposure to vitamin D is the quickest way to treat SAD, so if your mental health has taken a hit over the winter months exercising outdoors may be worthwhile.

The side effects of vitamin D deficiency aren’t just mental. Without enough vitamin D the body struggles to absorb calcium, which can stunt bone growth in children and lead to bone-related health issues in adults and the elderly. Vitamin D also protects the body from a variety of health problems such as MS, cancer, and diabetes.

So, by taking your exercise outside you gain more sun exposure to help increase vitamin D production, leaving you feeling better and much healthier. That’s before you consider the many benefits of the exercise itself!

You Feel Much Happier

Along with treating symptoms of seasonal affective disorder by increasing Vitamin D production, exercising outside also helps increase a variety of feel-good hormones to help increase your happiness both long-term and short-term. 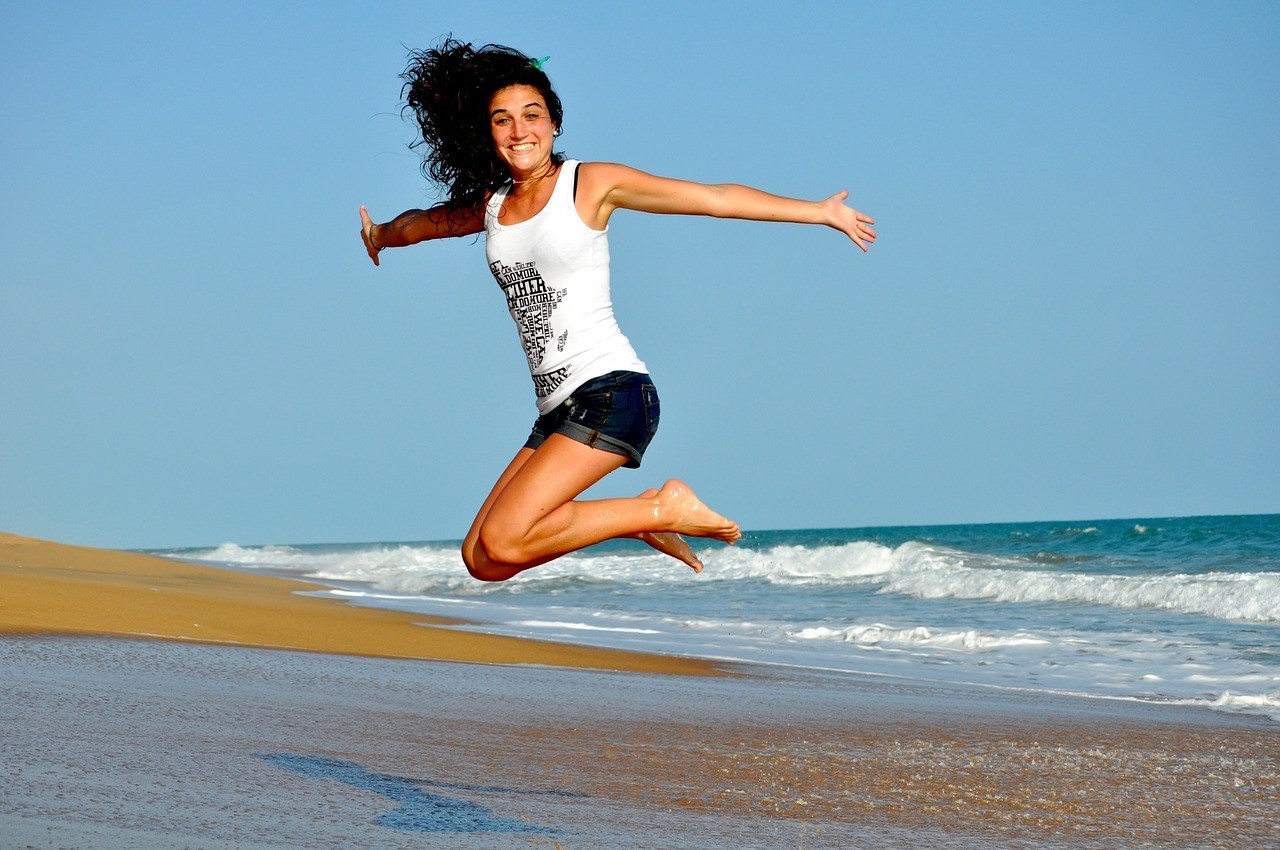 This is a hormone that helps better regulate our moods, sleep better, increase appetite, and sexual performance. Given these positive effects, you generally feel much happier after exercising outdoors, while also reducing the chances of developing depression due to low serotonin.

Additionally, endorphin releases are also higher from outdoor exercise, especially when in naturally green areas, meaning your post-exercise buzz feels even better. Dopamine is also released when you exercise, so when combined with these other feel-good hormones, you feel amazing after exercising outdoors – probably much more than you would exercising indoors.

When you feel happier due to exercising outside, you’ll notice your self-esteem also increases. This may become more notable when exercising near water and large areas of greenery, so make sure to check for more natural places for your outdoor workouts for an even better post-workout feeling.

One of the most common excuses for not exercising is the time it takes. You need to travel to the gym, maybe even on public transport, while the costs of paying for a membership are off-putting enough for others.

This results in countless people avoiding exercise and losing out on countless mental and physical benefits. But when it comes to exercising outdoors there are virtually no restrictions – you can go outside to exercise whenever and wherever you want!

The ease of access when exercising outdoors is an often-overlooked benefit but one that is invaluable to many. Not everyone wants to go to a crowded gym and paying for an expensive monthly membership often reduces the fun and enjoyment from exercise, making it feel more of a chore than anything else.

You don’t get this feeling when exercising outside. You get back to nature, enjoy the fresh air, and even get to explore parts of your community you normally wouldn’t have the chance to. Make the most of those amazing areas in your community, such as local parks, hiking trails, or even the streets around town.

There is no equipment needed, no monthly membership, or any commuting required. Simply head outside and see where it takes you!

Exercising outdoors doesn’t just challenge the body harder – it’s also much more challenging on the mind too! This because the outdoor environment is filled with different challenging that aren’t present in the gym or inside.

Much like different terrain forces the body to work harder, the mind is also worked because it must adjust to accommodate these changes, requiring a much higher level of focus than it would indoors.

This makes the mind feel sharper, increasing your attention span and focus for the remainder of the day, giving even more reason to start working out in the great outdoors.

Buy These Ten Things for a Comfortable Lifestyle

10 Shocking Statistics That Reveal How Much Stuff We Actually Own

Why Use Kitchen Design Tools When Planning Renovations?

5 Useful Ways You Can Use Outdoor Roller Blinds (Outdoor Blinds)

Are Those Cracks Minor, Or Is It Time for House Foundation...

The Importance of Home Maintenance