While some homeowners perform renovations for their own enjoyment, most usually think about the kind of return they can make on them. The issue is that many renovations, when not done properly, could actually make the house harder to sell. So not all additions, no matter how expertly they were made, will work. This is why it’s important to understand your market and know which renovations will be winners with prospective buyers before you start. Here are a few home renovations that will add to your home’s value, and some that won’t. 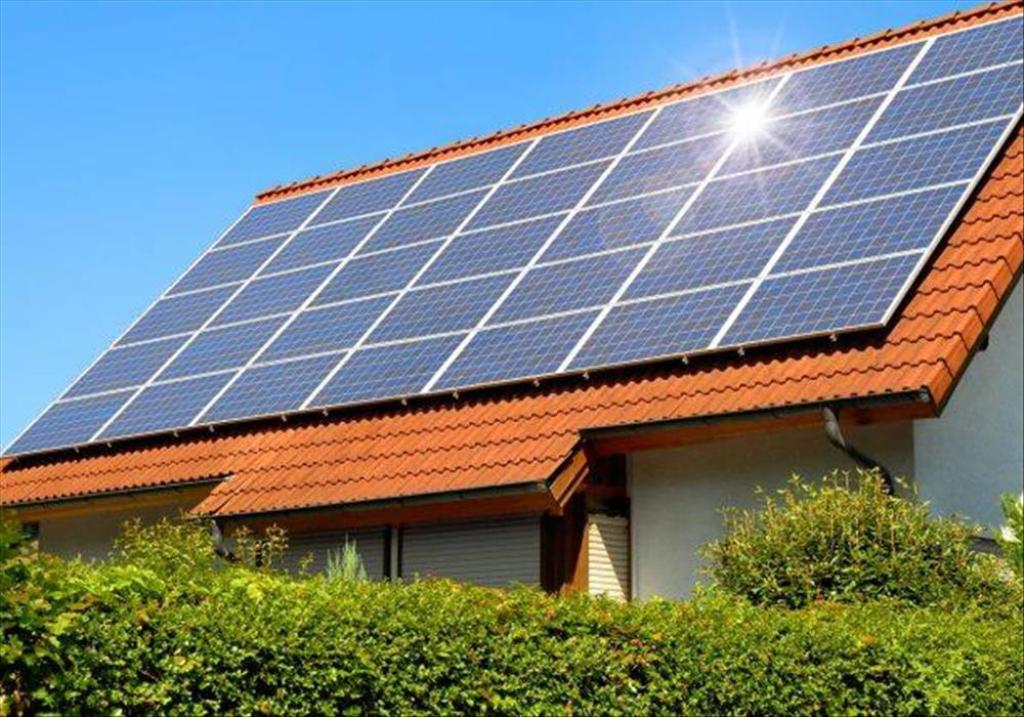 One of the best things you can do if you want to increase your property’s value is to make renovations that will allow new homeowners to make savings in the long run. Solar panels are a perfect example. According to the National Renewable Energy Laboratory, each dollar that your solar panels will save in energy could translate into $20 added to your property’s value.

What’s better is that solar panels are more affordable than ever, and solar installation isn’t that expensive when you consider all the savings that you can make. Some of the best solar companies like not only offer solar panels, but battery systems that allow you to store solar power. You can find more information on the different systems on sempersolaris.com. Solar companies also offer financing options if you don’t want to pay upfront.

It has been estimated that adding something as small as a 3.1 kw system to your home could add over $18,000 to your property’s value in a state like California. For a 5-kw system, the increase in value jumps to over $29,000. So, if you want to make an addition that will allow you to not only save on energy bills, but make your home more attractive to prospective buyers, solar is the way to go.

While a modern kitchen will usually be a winner with buyers, anything that goes over the top or is too niche might deter them. While you may love your new $12,000 commercial stove, some people might want something more discreet.

Also, while some people might love the new Tuscan tiles you just added, they won’t affect the value of your property enough to recoup your investment. If you’re thinking of selling your property anytime soon, then we would suggest you invest in serviceable appliances and modest renovations that will appeal to the average buyer. Most people want to be able to mold their kitchen to their taste and needs, and a kitchen that looks like a blank canvas might be more attractive to many.

Also, you have to make sure that you stay in tune with the rest of the neighborhood. Adding too many high-end features to your kitchen could push the price too high compared to the rest of the houses on the block, forcing you to reevaluate. 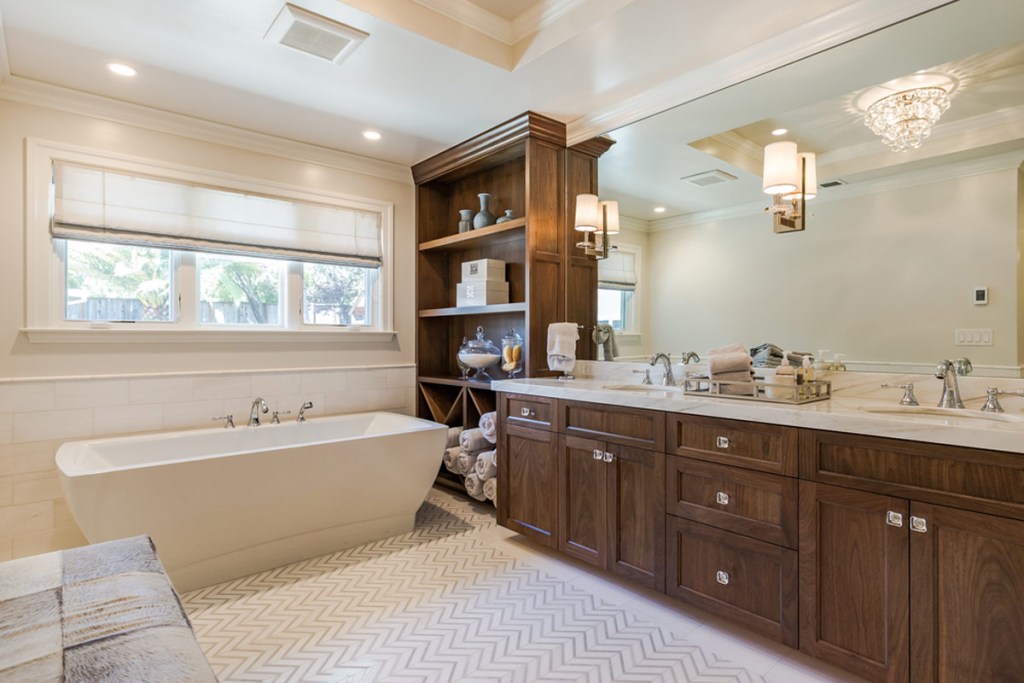 If you want a sure way to increase your home’s value, than one thing you could do is add a new bathroom. According to estimates, you could make as much as 130% back on a bathroom addition if you previously only had one. And when you think about it, who wouldn’t want an additional bathroom in their house?
However, you have to be careful where you put the bathroom as well. While a bathroom adjacent to a master’s bedroom might seem like a nice feature, it could actually turn off some buyers. Instead, try to look for underutilized spaces or extra rooms. You could even look at space under stairs or in closets.

You also have to plan enough space for the bathroom. For instance, if you want to install a half bath, then you’ll need 18 ft 2 of space at the very least. This jumps to 30 ft 2 if you want to add a full bath. Also, know that the cost of a bathroom addition largely depends on what you add to it and how much it costs. So, it would be wise to regularly look up prices at places like Home Depot and Lowes and look for tubs and sinks that were used as floor models, since they often mark them down.

Some minor landscaping work can work wonders for your property’s value and curb appeal, but you should avoid anything too elaborate. The problem is not the landscaping per se, but the amount of work and maintenance that it could represent.

The last thing first time homeowners want to think about is rotating their seasonals, or checking the alkalinity of a koi pond. Not only that, but a backyard is one of those places people like to personalize, so here again, it’s better to go as simple and clean as possible so that prospective buyers can imagine building the space according to their taste. If you’re going to do some landscaping work, do it for yourself, but don’t expect it to drive the price of your property up. 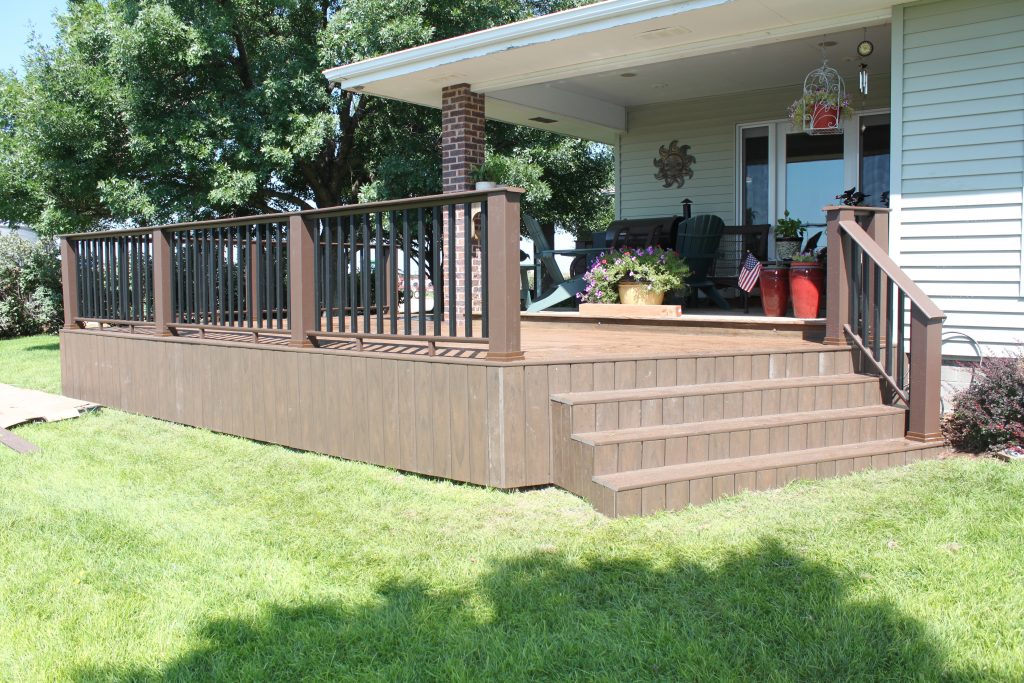 Now, if you want to make an addition to your backyard that will pay off, then you should consider adding a deck instead – and make sure to keep things simple here as well.

Most people will not only love a deck, but even expect it in certain areas. So, if decks are common where you are and you don’t have one, then it could end up hurting you. Not only that, but installing a deck is one of the least expensive additions you can make, and one with a very high return on investment. You could even build it yourself if you have the gusto and savoir faire. If we were to give you one home renovation idea, it would be to add a brand-new deck.

While replacing the sewer line or redoing the wiring in the house might seem like a great thing to do, don’t expect those to drive the price of your home up. Most people see these things as regular maintenance, so don’t expect them to reward you for what you’re supposed to do. While it’s always good to have state of the art utilities, it is more often than not seen as a standard, and might hurt you more if you don’t keep up and then increase your price if you do. 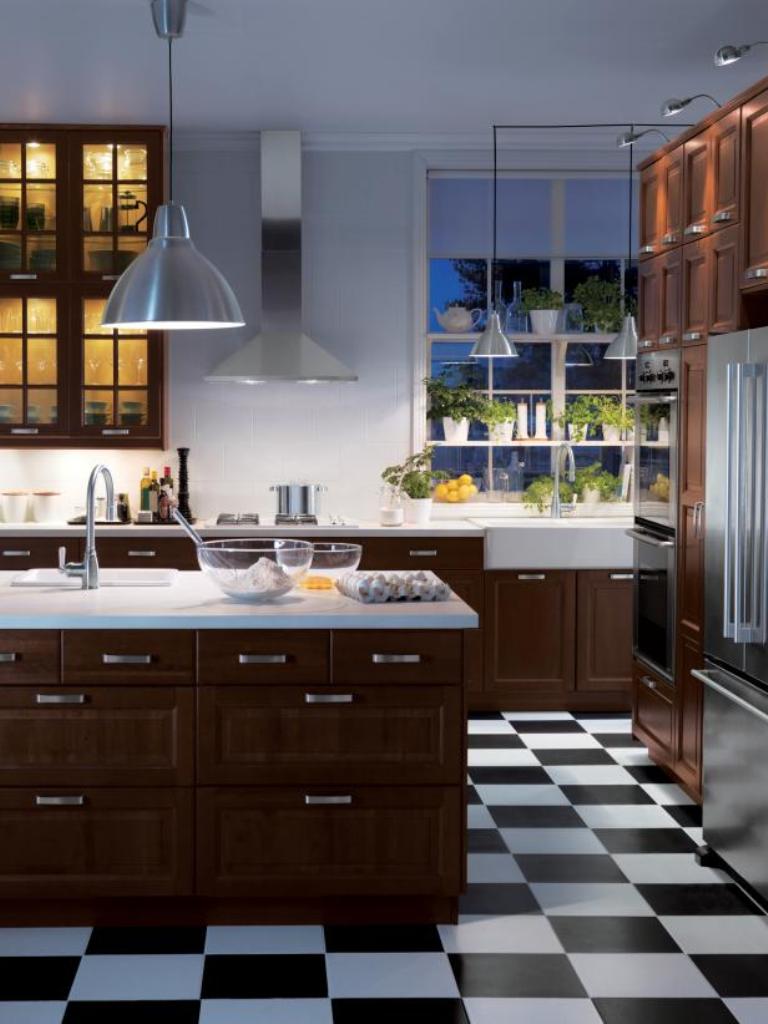 While we already talked against doing a high-end kitchen remodel, doing a few modest changes can both be inexpensive and increase your home’s property. For instance, doing something as simple as repainting the cabinets and adding new fixtures can be a huge winner and won’t cost much. Improving the lighting and adding neat features like counter lights could also be a great idea. Even doing something as simple as adding some extra storage space could impress prospective buyers.

You could also revise the color palette of the kitchen for something more modern and switch for energy saving appliances. Again, anything that will allow buyers to save money will be a huge selling point and will increase the value of your home.

While you may love the idea of coming home to a nice whirlpool bath at the end of the day, prospective buyers might not be thrilled with the idea. Not only that, but bathtubs are slowly falling out of favor with new buyers, and it’s not uncommon to see bathrooms with nothing but a stand in shower nowadays.

Not only that, but installing a whirlpool bath can be prohibitively expensive, and even if prospective buyers may like it, you may never be able to recuperate the costs for installation. It’s simply not worth it to install something that might appeal to only a small fraction of buyers for that price.

Instead, making a few renovations to your bathroom like adding some LVT tiles, changing the lighting, or even something as simple as framing a mirror and replacing the toilet, could give you a much bigger return on your investment without turning off buyers.

Adding a new room to your house can be extremely expensive and you may never be able to make that money back once you sell the house. While it may help make the house more attractive, the investment is often not worth it. Also, these projects often spin out of control and people have to spend much more than what they expected. 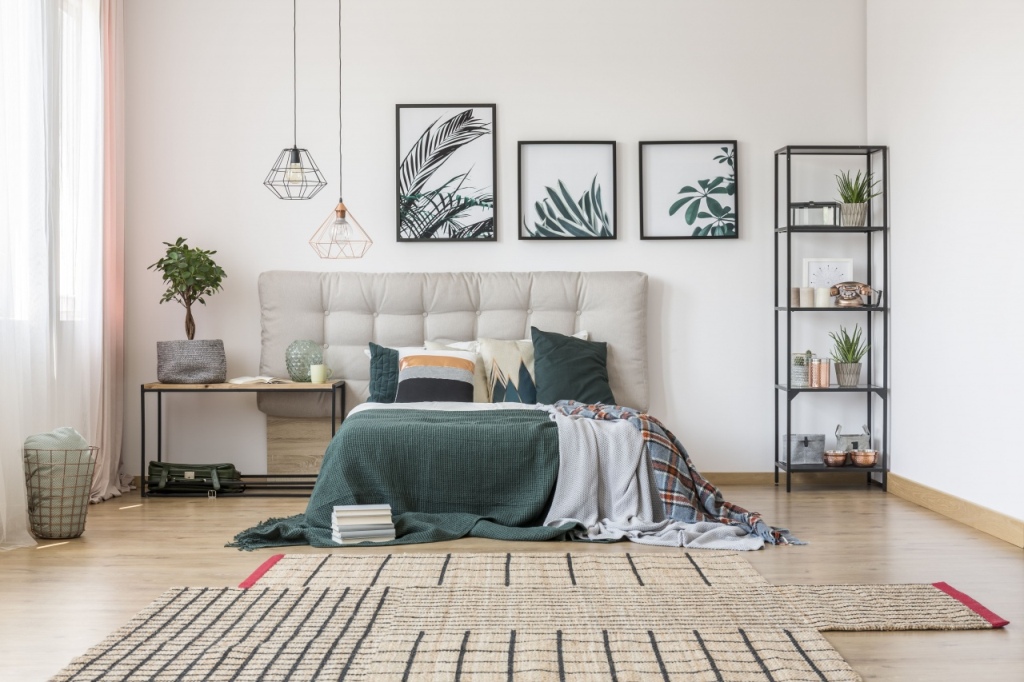 However, converting an existing room could be a much better alternative. For instance, you could convert an attic into a bedroom. This would be a great way to add a living space to the house without breaking the bank or breaking down walls. Finishing a basement is also a great option. Some will even convert a garage space into a room. Not only does this make for a great addition, but you could even sell the prospect of being able to rent that space too.

Before you start, you have to know that not all types of rooms will appeal to everybody, however. You have to make sure that the room is versatile enough to appeal to a wide variety of buyers. If you’re going to redo your basement, turning it into a game room or a second living room could be a great option. Turning it into a second dwelling altogether would also be a great idea. Turning attics into playrooms, especially those with high ceilings, could be a good choice as well.

See also:   Why Treating Your Fence Panels is so Important?

Sunrooms are a kind of pet project a lot of people have, but not many have an actual use for. A lot of buyers won’t even know what a sunroom is used for. While it can be an OK addition depending on what you want to do with it, it will rarely be a selling point unless you come across a buyer that actually likes them as much as you do. Not only that, but adding a sunroom can get expensive, and you’ll probably never be able to recuperate those costs.

In addition, sunrooms aren’t the most energy efficient either. Since glass offers poor insulation, you’ll eventually have to spend more on energy, which could end up turning off buyers. The only exception is if sunrooms are actually popular where you live. Outside of that, we would strongly advise you reconsider adding a sunroom to your home. 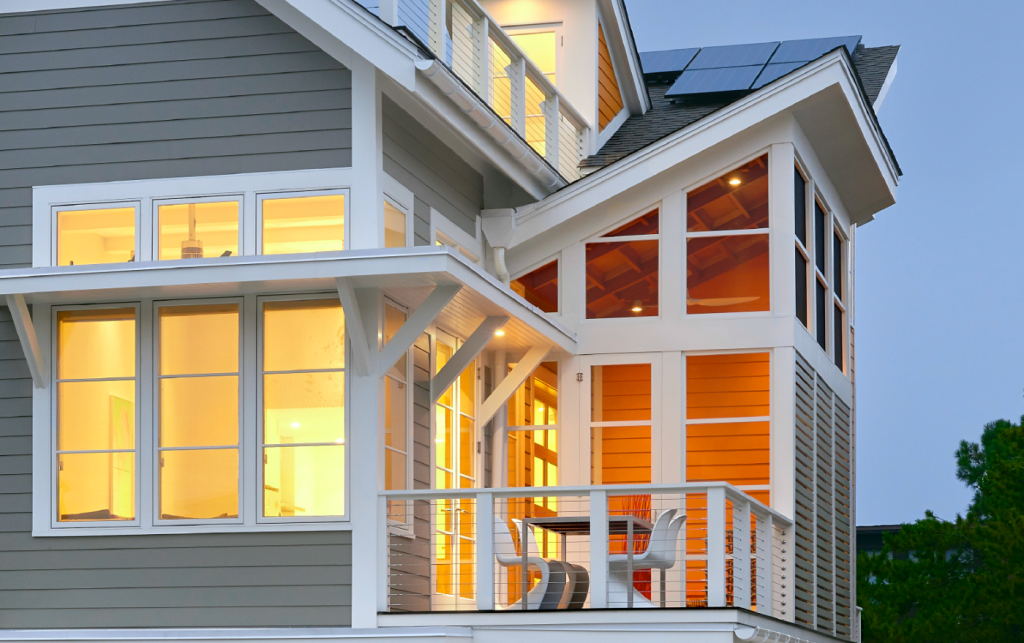 Energy efficient windows, on the other hand, can be a great seller for any home and will actually allow you to save on energy costs as well. Single pane drafty windows are on their way out, and buyers are increasingly thinking of ways that they can drive their energy costs and consumption down.

This is why you can expect to recuperate up to 90% of your total costs upon sale when you install these kinds of windows. Not only that, but you could also qualify for a tax credit on the windows as well, which will drive costs further down. However, you have to make sure that the windows are energy star rated. Also, check in your state if you could be eligible for additional credits.

Another thing you should look into is energy efficient insulation. Not only will it increase your home’s energy efficiency and allow you to save more on energy costs, but poorly insulated houses are a turn off for many buyers. If your home is poorly insulated, then this could turn up in house inspections and push potential buyers to reconsider. So, make sure that your insulation is up to par before you even put your house on the selling block.

Before you decide to make any home additions or renovations, make sure that you consider the possible return on investment and how it will appeal to the majority of buyers. Also, make sure that you take your market into consideration and carry out renovations that will not only match it, but that buyers will come to expect. Use this guide to help you along the way. 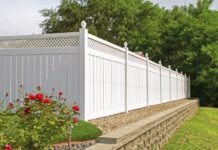 3 Types Of Popular Fence Materials With Their Pros And Cons 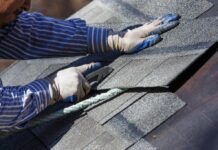 The Most Common Types of Roofing Materials: A Helpful Guide 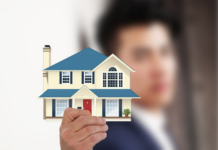