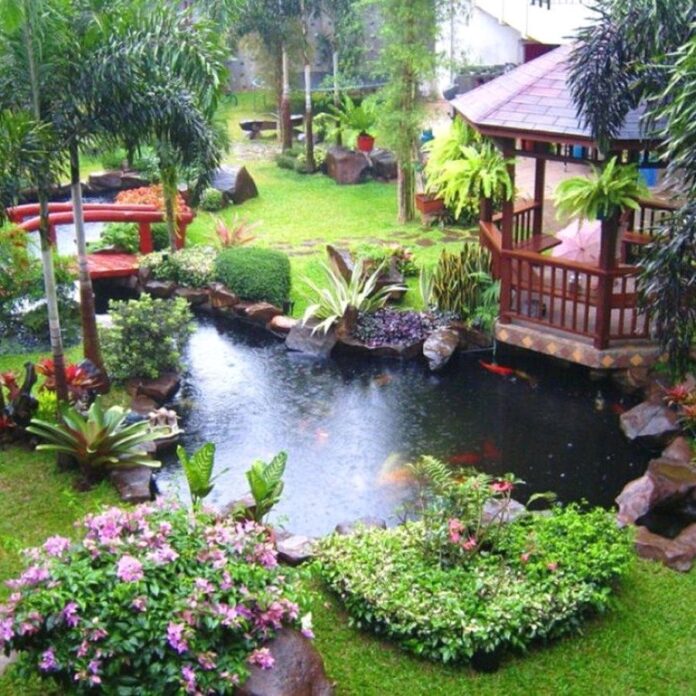 After a long day at work, you return home, tired and frustrated, wishing that you lived closer to a forest, or at least a park. Technology has a lot for us to offer, but at the end of the day, you would prefer to rest in nature instead of watching Die Hard for the umpteenth time.

If you have a garden next to your house, but it seems kind of empty, you should consider building a pond there. It doesn’t take that much effort, and if you aren’t convinced of this idea, you will find the benefits of having a pond right next to your house below.

Great Place to Meet With Your Friends

You don’t need a pond in your garden to meet with your friends, but it would certainly make the gatherings more interesting. We are positively sure that your friends are going to be impressed by all the species of fish that can be found in the water.

If the parties in your backyard sometimes get out of hand, your friends might even start fierce discussions about the best way to catch and prepare fish, but we recommend leaving them alone in their underwater environment. 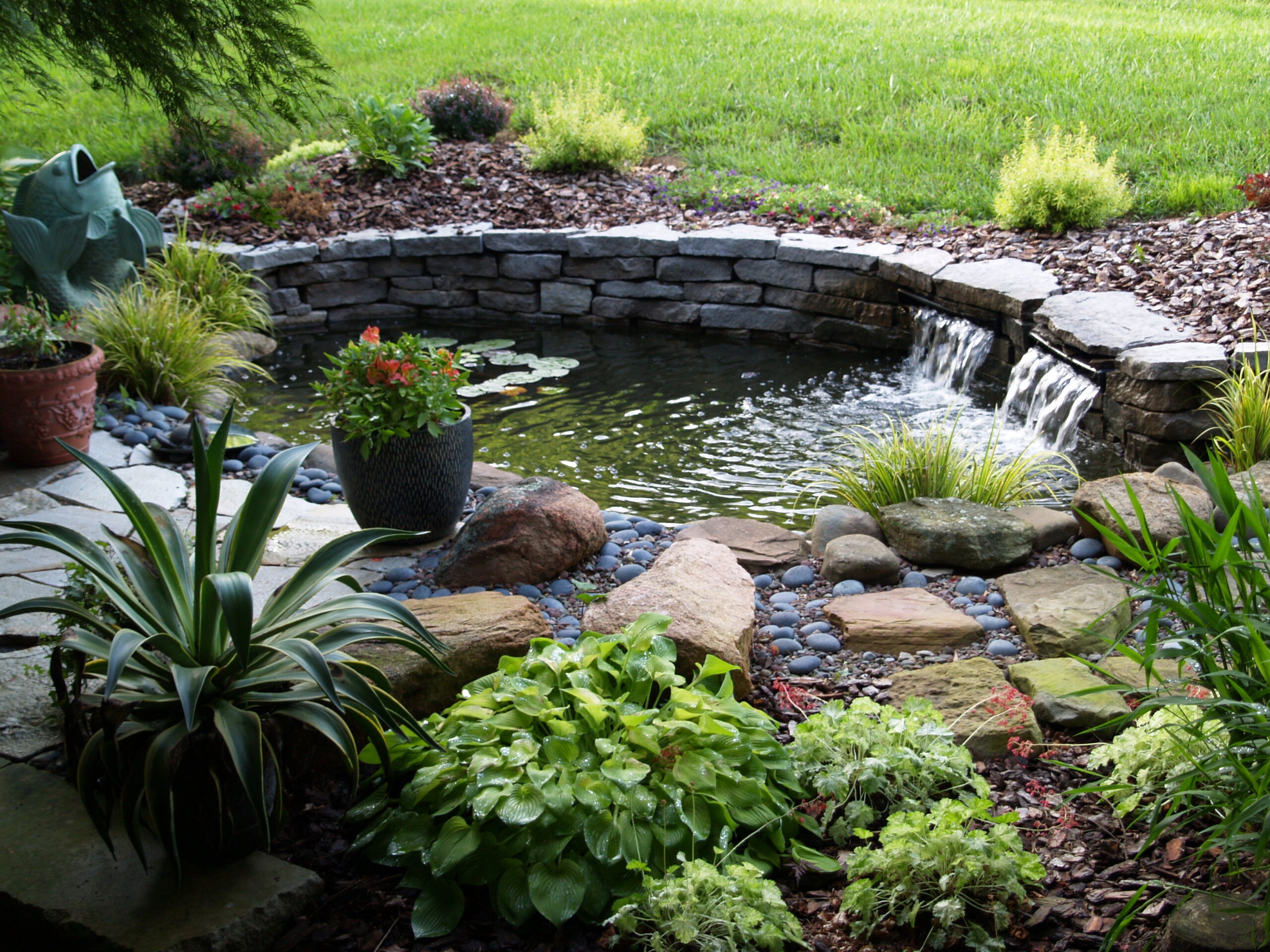 If you are worried that the gatherings in your garden could be interrupted by swarms of mosquitoes, you should ensure that the water in the pond is well-aerated. Why? Mosquitoes rarely lay eggs in bodies of water with high levels of dissolved oxygen.

Obviously, fish and also other small creatures such as snails need oxygen to live. Therefore, diffused aeration systems can be helpful if you want to create a healthy underwater ecosystem. More fish equals fewer mosquitoes, as fish eat mosquito larvae. It means that apart from being a great addition to the pond, they can actually make your life easier!

One of the most apparent reasons why building a pond in your backyard is a no-brainer is that it will increase its aesthetic value. If you best unwind in calm environments, you’ll quickly find out that your pond’s beauty will make this task much more effective.

If you want to go the extra mile, you could buy ornamental pond fish and plants to achieve an astonishing visual effect.

The relaxing sound of the moving water will quickly make your worries only a distant memory. If you are going through a rough patch, you can observe the fish swimming around the pond to calm your nerves.

It might seem like a weird remedy to your problems, but it would work similarly to meditation. Your mind would focus on an activity that doesn’t require any strenuous effort, which would help you loosen up. 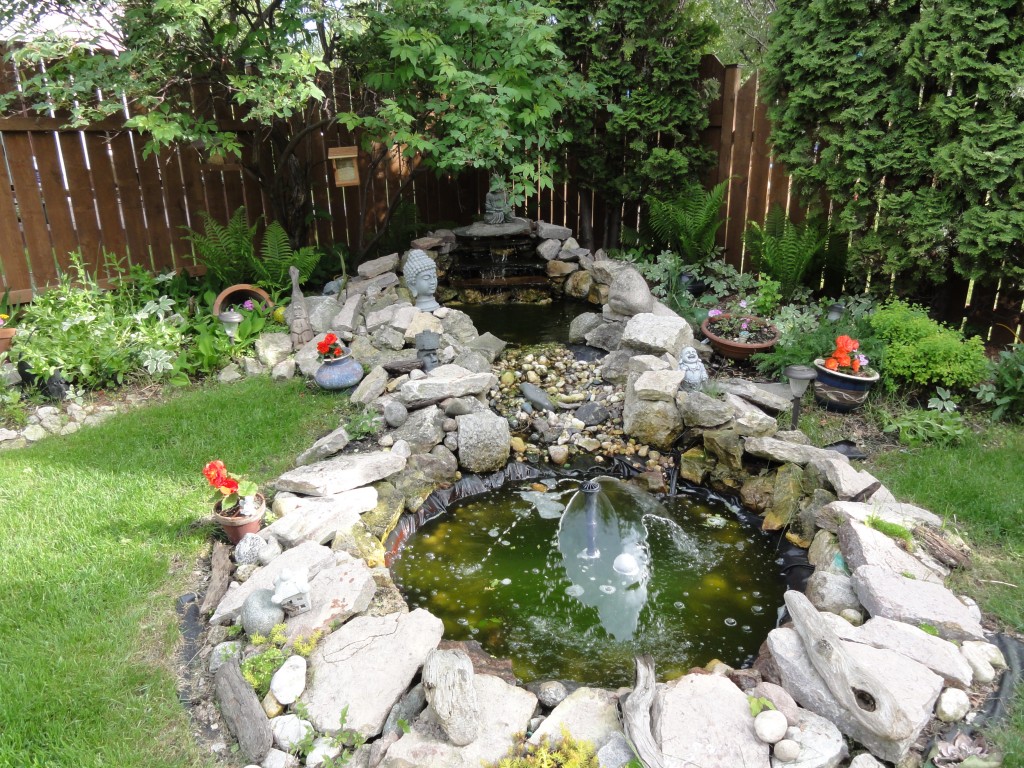 If you are worried that a pond in your garden will require a lot of maintenance, then you are most probably wrong, though it really depends on its size. If you are afraid of algae overgrowth, a build-up of muck at the bottom of the pond, and the water becoming dirty, then it’s best to stick to relatively small and shallow ponds.

All of the previously mentioned issues can be usually fixed by increasing the amount of dissolved oxygen in the water. If the pond is really shallow, then it’s pretty rare to experience those issues.

On the other hand, deeper water bodies might need aerating equipment, as otherwise there might be no dissolved oxygen in lower parts of the pond.

Keep in mind that the aerobic bacteria won’t be able to decompose the organic matter at the bottom of the pond without enough oxygen.

If there’s a build-up of muck at the bottom of the pond, then it’s a clear sign that the levels of dissolved oxygen are too low. Additionally, if you spot fish gasping for air or swimming only near the surface, it’s another sign that you should intervene.

There’s always more dissolved oxygen near the surface of the pond – that’s why more underwater organisms live there.

If the number of fish in the water increases and they look as if they were sick, you’ll need to provide them with more oxygen. You should choose aeration equipment based on the size of the pond and the number of living organisms staying there.

If you think that your life is moving at breakneck speed, you should remember that from time to time, you need to rest, or you’ll quickly burn out.

Some people go on vacations to distant countries, and there’s nothing wrong with that, but with a little bit of effort, you could transform your garden into a perfect place for relaxation.

A pond with fish swimming in it can make it easier to forget about all your problems. On top of that, a small pond won’t require that much maintenance.

How Can I Make My Man Cave Better?

Your Complete Guide on Buying an Engineered Wood Floor

Advantages of Having an Entire Roof System from One Manufacturer

7 Tips To Bring Your Landscape Back To Life

A Guide To Choosing The Right Kitchen Knife

Plumbing Ventilation 101: Why It’s Important And How To Design One

How to Insulate Your Attic

When Should You Consider Availing The Services Of A Plumber?

Tips to Consider in Moving to a Smaller Office

Ten Ways to Protect Yourself From the Sun

How The Steam Cleaner For Mattress Can Help You?

The Different Types of Air Filters

Answers to Your Burning Questions: 10 Things Home Sellers Need to...

3 Key Preparations to be Done Before Property Valuation