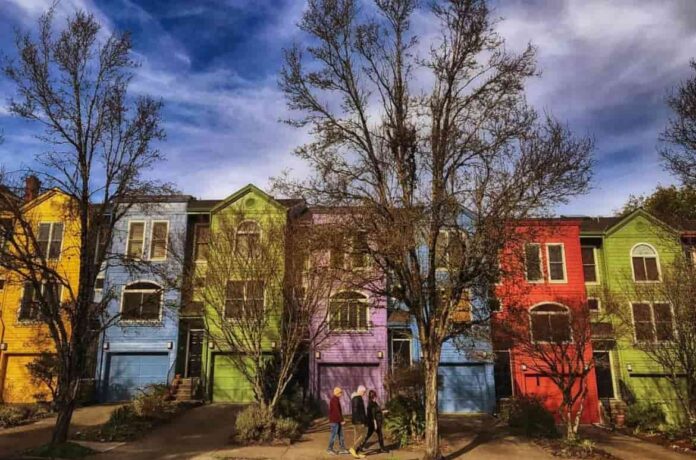 Portland is hot, and nobody can deny it. One of the crown jewels of the American west coast, Portland is Oregon’s largest city and inarguably the state’s hub of commerce and culture. And in the last few years, Portland’s median home value has ballooned to a truly impressive $550k. It’s no surprise; other than being nationally renowned for its great food, art scene, pedestrian- and bike-friendly infrastructure, and gorgeous weather, Portland also has plenty of neighborhoods suitable for raising a family and enjoying the quieter parts of life

“Portland has always been an inspirational, attractive place to work and live,” says Utopia Management’s Pete Evering, who has direct experience managing rental property in the Portland metro area. “Lately, it’s been an intimidating market, with lots of national attention paid to Portland’s lack of housing inventory, but 2022 may see a slight cooldown that proves advantageous for both home-seekers and investors.”

Indeed, this year has seen a slight cool down already, with that median home value shedding a nice $25 thousand, piquing the interest of prospective home buyers and hungry property investors. If you fall into one of those categories, be sure to read on. This is 2022’s guide to buying in Portland, one of the most vibrant cities on the west coast.

With a population just under thirteen thousand, Irvington stands as a great option for those looking for proximity to the more exciting attractions the city has to offer. Many young professionals choose to live in Irvington because of the relatively short work commute, and most residents of Irvington lean a little younger. Landlords take note: most people in Irvington rent their homes, and there’s an ever-present demand for rental housing. While the public schools here maintain the standard of excellence set by Portland’s school system at large, most families may want to explore other parts of the city when looking for a home. 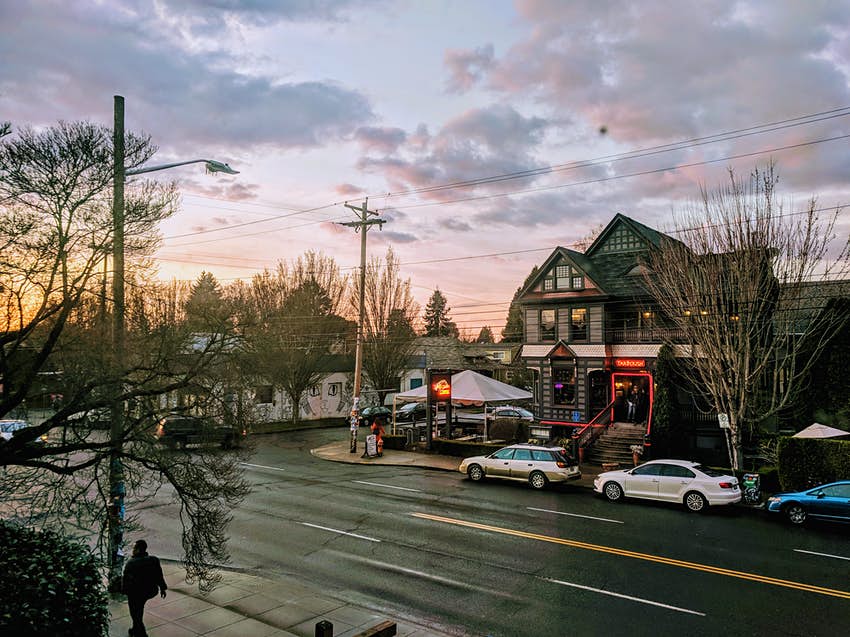 Alameda’s population is a little over eight thousand, and with a median home value approaching $700k, is a decidedly residential and suburban corner of Portland. Unlike more urban Irvington, a good portion of Alameda residents are homeowners. That means landlords might have a harder time finding a profitable residential property here, but families will be happier in this more spread out, open space. Even though it’s not city living, Alameda is still popping, with plenty of restaurants, coffee shops, and bars. Portland is considered a liberal city at heart, and Alameda exemplifies this. Alameda residents praise the sense of community and the friendly atmosphere they enjoy in Alameda.

Bordering Portland’s Northwest Industrial district is suburban Forest Park. Like Alameda, Forest Park is notable for its down-to-earth, quiet atmosphere. Forest Park didn’t earn its name for nothing, either; the neighborhood is infused with nature, with easy access to several parks and trails. This is one of the more affluent neighborhoods of Portland, and the median home value reflects that, sitting at approximately $733k.

With its mix of urban- and suburban-style infrastructure and architecture, Homestead is a good choice for anyone seeking a compromise. Some of us don’t want to leave the city behind completely, but crave a little more space and breathability, and that’s Homestead, home to the impressive Marquam Nature Park and the Keller Woods. Homestead is on the more affordable side for suburban Portland, with homes valued at a median $582k and the typical salary sitting at a median $90k.

Centennial boasts the lowest median sale price on this list, at approximately $275k, making it a good pick for landlords. Centennial, being a cheaper neighborhood, attracts a large number of renters. As Portland continues to grow, property values in Centennial are expected to grow in turn, and the neighborhood is expected to see commensurate redevelopment. While the rate of crime is a little more intimidating in Centennial than in a neighborhood like Homestead, the sheer affordability means there is consistently a reliable renter pool to draw from.

How a Personal Alarm Could Improve Mental Health

What Is a Restoration Company?

How Much Can You Save on Insurance with Defensive Driving?

What is HVAC System, and How Does it Work?

Stay Cozy All Day With These Tips and Tricks

Tips and Tricks For Finding the Perfect Apartment in Dubai

How to Sell Your House Quickly and Stress-Free: Tips from the Pros

Tips For Adapting Your Home For Wheelchair Use

Do You Get Any Discounts When You Buy Crushed Rocks in Bulk?

What Qualifications Do You Need to Become a Plumber in Torquay?

Downsizing to a Smaller House: Is It for You?

Best Colleges For Architecture In 2022