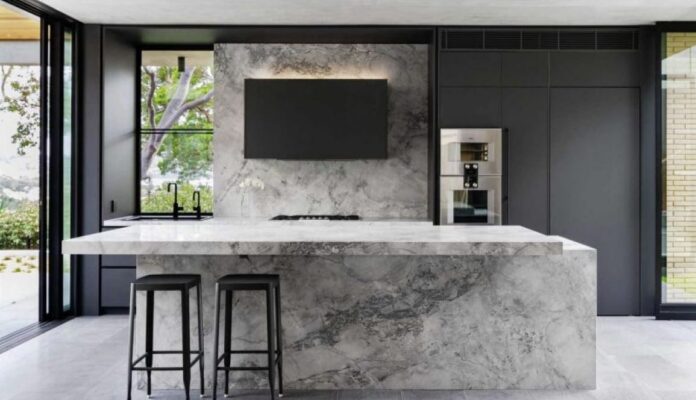 Super White Dolomite may be the ideal choice for you if you’re searching for a gorgeous benchtop material that fits your interior décor and is reasonably priced. Dolomite, commonly known as dolostone, is a magnesium-rich groundwater mineral that develops due to a post-depositional alteration of limestone and mud. Dolomite is becoming more popular as a benchtop material as people become more aware of its aesthetic attractiveness and exceptional functionality.

Dolomite is a sedimentary rock, known as ‘dolomite rock’ to distinguish it from the mineral. It develops in much the same way as limestone and has many similar qualities, such as hardness. It is found predominantly in sedimentary basins. It’s also used in a lot of the same places, including construction, where it’s used to neutralise acids. In reality, dolomitization can happen to already produced limestone, transforming it into dolomitic limestone.

What is Super White Dolomite?

Super White Dolomite is a variety of Dolomite with a beautiful white background and feather-like grey veining. One of the many reasons why dolomite is quickly becoming an equally fashionable and practical alternative to marble is that it radiates the same gorgeous milky hues.

Super White Dolomite has seen a spike in popularity among builders, renovators, and interior designers in recent years, owing to its ability to combine a stunning appearance with practical utility.

Dolomite can withstand significant amounts of wear and tear better than other marbles when used as a benchtop. While still maintaining the polished marble appearance, Dolomite is thus an ideal choice for high-risk areas like your kitchen and bathroom.

Dolomite is utilised in a variety of applications due to its flexibility and durability. Kitchen benchtops, splashbacks, bathroom vanities, floors, and bathtubs, are the most popular uses for Super White Dolomites in the home. Low porosity, excellent water resistance, and exceptional toughness make this more than simply a stylish option; it’s also a practical one.

The Benefits of Super White Dolomite

Dolomite has a marble-like look, with streaks of different hues and tints.

While Super White Dolomite is becoming more popular due to its appealing aesthetics and allure as a marble-like stone, it doesn’t mean you can’t customise your slab selection. Dolomite Slabs are similar to other natural stones in that no two are alike. From piece to piece, the strength of the grey veining, the exact shade and colour of white and silver, and the undulating patterns all differ.

Super White Dolomite has a variety of applications, but one of the most frequent is as a kitchen tabletop. In addition to being a striking aesthetic element, Dolomite is a stone that is extraordinarily robust and long-lasting. Dolomite is a hard stone that isn’t as fragile as marble. Dolomite has a Mohs hardness value of 3.5–4, which is higher than marble. A greater hardness grade allows your benchtop to handle a variety of functions while resisting wear and tear. Because your kitchen is likely to see a lot of activity, a scratch-resistant and non-porous natural stone-like Super White Dolomite is a perfect choice.

If you’re planning to use Super White Dolomite in a kitchen or bathroom, you’ll need more than just a non-porous surface; you’ll also need something that can withstand heat. When dealing with countertops, though, selecting a material that is heat resistant is unquestionably advantageous. Dolomite is typically favoured over quartz because of its heat resistance, making it ideal for kitchen use. Dolomite retains heat better than many other materials, making it ideal for counters that will support hot things, such as those used in the kitchen.

While owners must always exercise caution, the chances of dolomite countertops splitting due to the pressure of your pots and pans are far lower than those of many other materials. Dolomite is a pressure-resistant material, which is important for counters that will sustain a variety of weights.

Because dolomite is heat and pressure-resistant, as well as acidic etched, using it as a backsplash or tabletop is obvious.

Super White Dolomite exudes sensational charm. All dolomite varieties have a translucent, pearly sheen with the fossilised mineral patterns on each stone distinct. The rich silvery grey veins and subtle yet beautiful white shading will give your kitchen or bathroom a true feeling of grandeur. As a result, Dolomite is a good match for a variety of interior colour schemes. Furthermore, unlike some other more colourful natural stones, Dolomite’s ageless beauty means you’ll have a look that won’t date in a decade.

The key to enjoying the rich elegance that Extremely White Dolomite has to offer is to keep it super white. Fortunately, Dolomite is simple to clean regularly and will last for many years if properly sealed and resealed every couple of years. 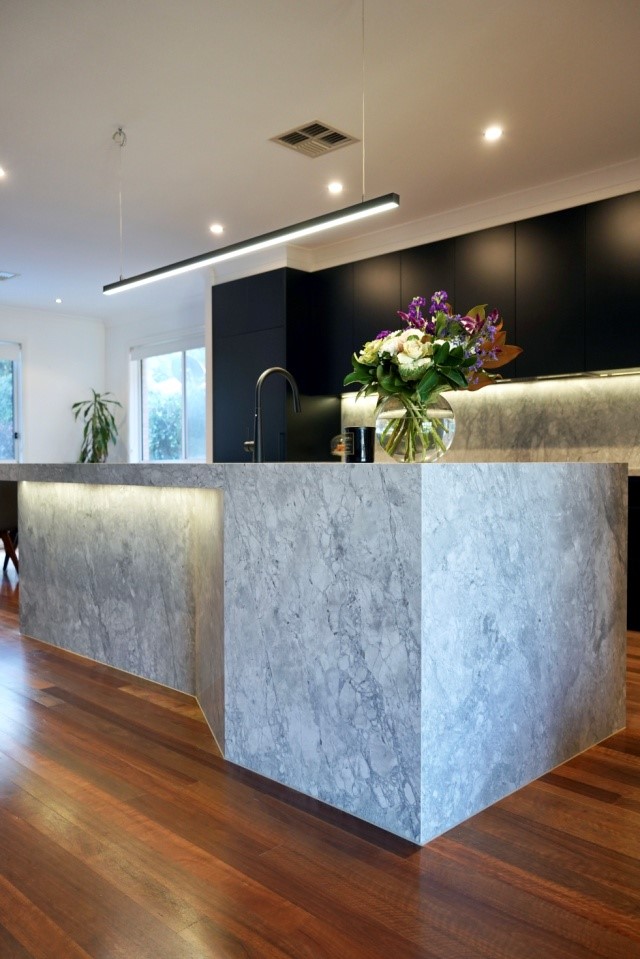