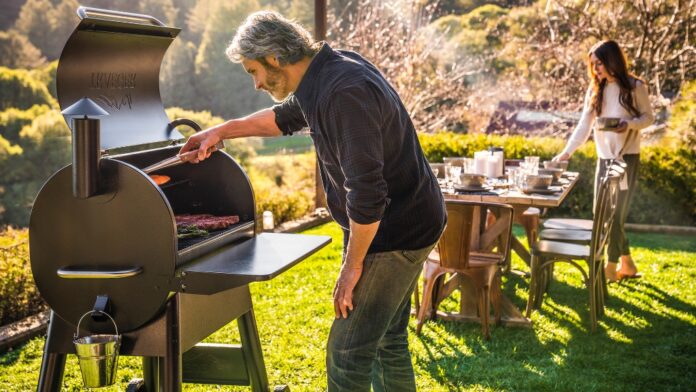 We aren’t trying to add fuel to the fire – but the “which state is better at BBQ” argument in America caught our attention recently, and we realized that there are more places in the lineup to join this fire and food-related fight, and we can try to describe most of them!

The great thing about talking to just about anybody about their traditional food is that they will think that it is absolutely the best in the world, and they’ll tell you why. And when it comes to grilling, people are especially fierce!

Australia – relaxing with the barbie

The outdoor culture in Australia is hard to beat – whether you’re roughing it in the outback or lounging around poolside on luxurious outdoor furniture in Sidney with a cold Foster’s in hand, or having a beach bonfire somewhere along the coast. 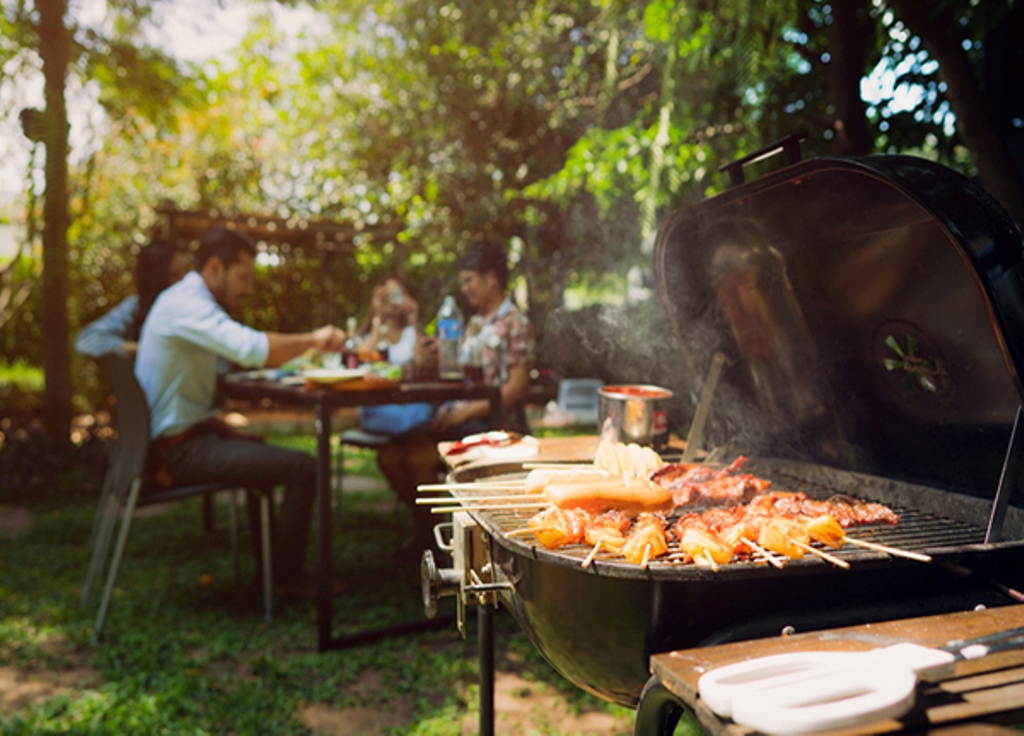 Although the settings might be different, there is unexpected ease and zero pretentiousness when you barbie with the Ozzies, no matter where they are. This may be a shock to American visitors, who may be used to a bit of stress and raised expectations around that fire pit.

“Australian BBQ habits can be pretty simple; we’re happy to slap a bit of meat between two pieces of bread add a big dob of tomato sauce and eat it while we’re throwing down a beer or a wine…”

Yes – Australian BBQ and grilling culture can be only described as chill, relaxing, and down to earth. None of that competitive macho stuff; surprising for a country that is downright famous for their grilling. Or are they famous for the friendly atmosphere that the grilling brings on?

Australians take their grilling everywhere – you will find grilling stations in most public parks.

Come to think of it, we can’t seem to find any die-hard traditional recipe that any Australians swear by. Of course, there are a few differences between your run-of-the-mill BBQ anywhere else in the world. Australians will use meat like kangaroo, emu, and more lamb than most other countries. 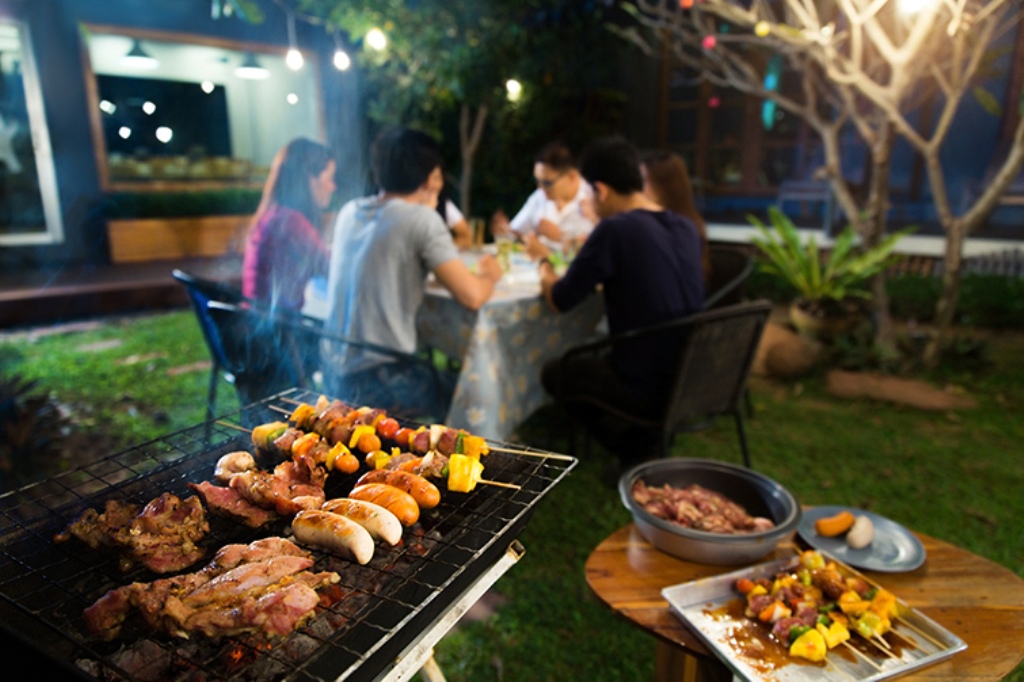 In America, there seems to be a right and wrong for everything. Even if there are many rights and many wrongs. Many of these rights and wrongs seem to be food-oriented. Depending on where you’re from, there is a right and a wrong way of saying “soda”, or “pop”. Or, if you happen to be in the American South, the word “coke” is what you’d use for ANY type of carbonated sugary drink.

There are fights about pizzas, bagels, clam chowders and hard shell tacos vs. soft shell tacos. Perhaps the biggest and most serious food fight of them all has to do with BBQ.

Here are the top BBQ styles that you have to go straight to the source to sample if you happen to be visiting nearby. Because they just don’t do it right anywhere else, of course.

Kansas City-style – this is probably where the rest of the world gets their idea about classic American BBQ. The bottled bbq sauce found on any supermarket shelf in almost any country that has supermarkets comes from this particular tradition. The Kansas City-style involves beef brisket, and the classic tomato and molasses-based rich tangy goodness that is the BBQ sauce.

Texas – surprisingly, a lot of Texas BBQ traditions come from Czechs and Germans. Sausage is extremely popular, and so are different cuts of beef. The World’s Championship Bar-B-Que Contest in Austin is a destination for over 300 teams. That is some serious competition.

North Carolina Style – This style is particularly worth a mention because there are a few places in the world that have the proud tradition of fixing the whole hog, head to tail. In North Carolina, this is just the thing. Their rubs and seasonings are more vinegar-based than the other styles and are used to “mop” the pig while roasting. Of course, this is the “Eastern” style of North Carolina. The “Lexington Style” uses mostly pork shoulder. The jury is still out on which style is the most popular and “official” here.

See how we specifically mentioned a small part of a state? This region is famous for barbecuing mutton. Why mutton? The wool trade was very lucrative here about 200 years ago, and the culinary traditions of the time are still strong. The sauce that goes with this amazing treat is a vinegar and mustard sauce, giving the heavy mutton a tangy lift.

As we travel to yet another continent, the styles of BBQ change completely. Churrasco, a Portuguese based word for BBQ, was developed by Brazilian gauchos, or cowboys.

This is beef slowly roasted over hot charcoal coals – skewered and turned until the meat is done to perfection. Churrasco traditions are family and hospitality-based. The whole family gets involved, serving guests and each other.

Traditionally, churrasco was made only with beef, but in these modern culinary times the sky’s the limit, and most hip churrascarias serve other types of meat, even fish. 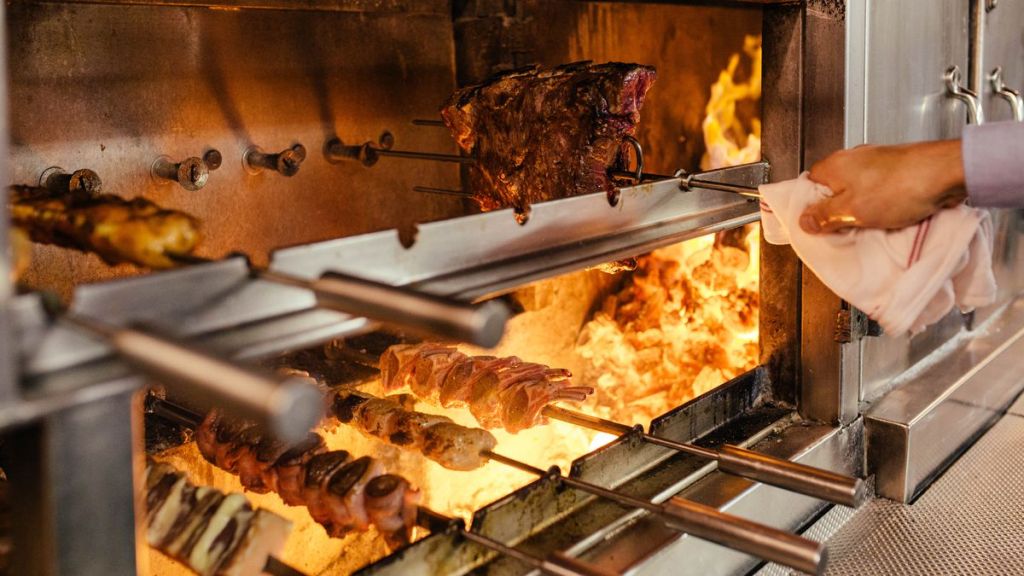 In fact, if you go to a Brazilian churrasco today, you will get a feast of a lifetime that you will probably never forget. Most of these traditional restaurants are all you can eat, and the waiters will continue bringing the best pieces of slowly grilled meat on giant skewers – for as long as you stay in the game.

Like with regional American BBQs, it’s best to leave the details in the hands of the experts and enjoy this Brazilian tradition in a restaurant.

The world is full of different grilling and BBQ traditions. We know you can think of some on your own. In fact, every family has their own way of doing outdoor meals – it may depend on where they’re from, but it has a lot to do with their personal traditions too.

Our recommendation – if you’re grilling with friends and family, be more like our Australian friends. Whatever goes on the grill or on your plate, remember that enjoying downtime together outdoors and being able to share a meal with loved ones is what matters most.

What are the Best Saws for Home Improvement Projects?

10 Tips for Hiring an HVAC Contractor

Reasons You Should Install Smart Blinds

How Often Should You Remodel Your Home?

5 of the Best Pillow Cases You Can Buy

5 Reasons Why Kitchen Cabinet Refacing Is Worth The Money

How to Clean Ceramic Pans

How to Make Encouraging Working Place in Your Dorm

7 Key Mistakes to Avoid When Buying Your First Home

Ford Edge, the Vehicle That Does It All