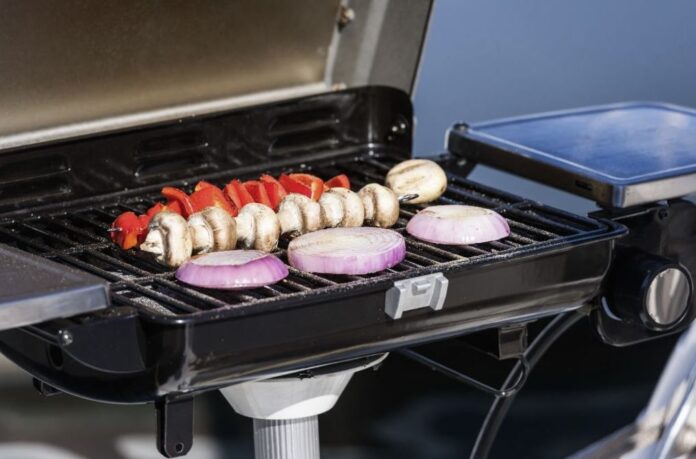 It is really fun to use propane grills or charcoal grills to grill tender meats, but if you live in a flat that doesn’t have enough space for outdoor grilling, you can use indoor grilling.

Though you can use charcoal or gas grills indoors because they are larger and make your grilling area so dirty that cleaning them becomes difficult. So you need to use a smokeless grill for indoor grilling.

But a question might appear in your mind: are indoor smokeless grills safe?

Yes, the indoor grill is the safest way to grill meat inside your kitchen, garage, or whatever you want in your house. The smokeless grills can block up to 70 percent of smoke while grilling and don’t allow much heat to escape. As they use electrical energy to grill, they don’t produce much char, which can cause cancer.

So, are indoor smokeless grills safe? Yes, the indoor grill is safe for many reasons. Here are a few reasons for you.

The primary goal of smokeless grills is to produce less smoke. Though they can not stop all the smoke, they can block up to 70% of it. Some smokeless grills have a mechanism that if there are any grease drops on your meat, it uses cold water to prevent smoke.

Doesn’t allow too much heat to escape.

The grills required a lot of heat to cook meat. If you are cooking at a high temperature for a long time, your brain doesn’t receive much oxygen. As a result, you can faint. Fainting while cooking is very dangerous.

In the worst-case scenario, you might get a touch of the heat while fainting out. Too much heat can also cause heatstroke. But the smokeless grills have a temperature-controlled grill gate that doesn’t allow much heat to exit. So you feel less heat.

One of the main problems with typical grills is that they produce a lot of char. Though some people love more char in their meats for more taste, it is not good for their health. Having too much char means having your meat overcooked.

If you overcook your meats, they become difficult to metabolize. Your inner components can’t digest them properly, so you can cause vomiting. Overcooked foods lose the majority of their nutrition. So you can’t get enough vitamins or other food elements in the overcooked meat.

But while you’re grilling on the smokeless grills, their temperature control mechanism doesn’t allow you to heat the meat for a long time. These grills don’t make a lot of smoke, so you cannot overcook the meat. As a result, the grilled meat still contains a lot of nutrients.

Well, this could sound ridiculous, but too much smoke is so hazardous that it can cause you cancer. People like to grill meat more for the enticing flavors of meats and gorgeous aroma but too much grilling means breaking the amino acids in the meats and arranging them in a new structure by heat and adding sugar into it.

As a result, the process produces acrylamide, heterocyclic amines, and polycyclic aromatic hydrocarbons. All these chemicals embody cancer-forming properties that can lead to cancer.

But smokeless grills don’t produce much heat or smoke, so these properties cannot be formed. Furthermore, these grills have a mechanism that allows all of the fat and grease that appears from the meat to be discarded into a trickling pan that is placed beneath the grill.

No issue of burning.

Smokeless grills use electricity to grill meats. As a result, there is no issue with excessive heat in smokeless grills. As they use elasticity, they don’t need fire to flame up.

You can just plug them into the extension cord and, after a couple of minutes, they will be sufficiently heated to grill. So you don’t need any gas or charcoal to fire up the smokeless grills.

The smokeless grills are healthier because they use electricity. You don’t need any kind of charcoal or gas to flame them. As a result, they produce less smoke and don’t grill your meat too much so they don’t contain cancer-making particles. You get enough nutrition from the food.

After reading out all of these benefits of using indoor grills if you’re thinking about buying an item of it we’d suggest you follow this smokeless indoor grill buying guide before purchase.

Why Should you use indoor smokeless grills?

You should use indoor smokeless grills for these reasons.Don’t produce much smoke.

These smokeless grills produce less smoke. They don’t use charcoal, which is the main cause of black smoke. So they don’t harm your health with any kind of disease that is caused by polluted black air.

Don’t allow them to escape much heat.

The smokeless grills have a special grill gate that can control the temperature of the grills. As a result, the excessive heat cannot escape

Chars are made by burning charcoal. The smokeless grills use electricity, so they don’t produce many chars. These char can make your home environment toxic, and if you breathe in an area that is high in char, it can harm your lungs.

The smokeless grills don’t grill the meat so much that the meat contains enough nutrition. These meats are reasonable for your metabolism.

Excessive burning of meats destroys their amino acids and reforms new structures. They can cause cancer. Since the smokeless grills don’t burn much, they are safer.

If you’re grilling indoors it is important to clean the grilling area. They can produce a lot of fats and grease. But smokeless grills have a mechanism to discard these extra parts of meat in the drip pans so cleaning becomes easier.

Which one is better? – smokeless or Charcoal and Propane?

Smokeless grills use electricity to grill meats, so they heat faster. They produce less smoke. As a result, they are healthier grills. You can use them for indoor grilling. Though they don’t produce the charcoal flavor, they do produce healthy meats.

Charcoal grills are the ancient method of grilling meats. They produced a unique charcoal flavor in the meat, along with a beautiful aroma. As a result, it is the most widely used grilling method. But as they use smoke, these grills produce a lot of smoke, which can cause you various diseases. In the worst circumstances, it can lead to cancer.

Propane grills are more common because of their vast number of features. These features allow you to grill the meat more flavorfully and grill faster. They provide the same quality of grilling as the charcoal grills, but in a faster way.

But using propane in a fire is very dangerous. As they come with lots of features, they require vast space to be utilized. And you need a lot of money to use these grills, as they use propane.

So smokeless grills are better grills.

What is the safest indoor grill?

If you are thinking of indoor grilling, smokeless grills are the best choice. They can remove up to 70% of smoke, producing a healthier atmosphere. They have a mechanism that allows you to discard all the fats and grease into the trickling pan. So they are easier to clean.

No, electric grills are not cancerous. These grills don’t produce much smoke, which can cause cancer. Also, they don’t allow you to heat the meat for a long time. So the amino acids inside the meat don’t break and don’t make any kind of chemicals that can lead to cancer cells.

Where does the smoke go on a smokeless grill?

Nowadays, smokeless grills use infrared rays to grill meat. They have a mechanism to discard all the extra fat and grease into the drip pans. So they don’t produce much smoke.

Although smokeless grills cannot produce the smoky, oily flavor of grilled meat, they can produce more nutritious meat for you. A standard charcoal or gas grill overcooks the meat to give it a smoky flavor and a lovely aroma.

As a result, metabolism becomes difficult. Also, their amino acids break their forms and create numerous chemical particles by restoring structures that are hazardous for health.

So the question that could be asked is, are indoor smokeless grills safe? Well, the answer is yes. The smokeless grills don’t produce much smoke and char, but they don’t overcook the meat. So most of the nutrition in meat remains in it. Also, these smokeless grills are easy to use, so you can eat a safe meal.

Bring your dream kitchen to life in 7 easy steps

5 Things To Consider When Hiring A Kitchen Remodeling Company

5 Reasons to Choose Quartz Countertops Vs. Marble for Your New Kitchen!