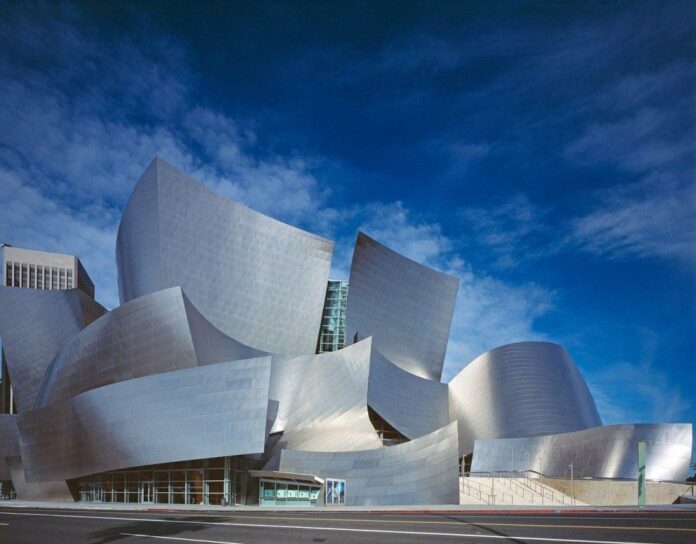 The typical vacation we have in mind often involves going to the beach, partying, dining out, and sight-seeing. Though most sight-seeing involves seeing great structures and spectacular landscapes, being a tourist with having the architecture in mind is rare. Architecture tourism is often patronized by architects themselves or geeks who love architecture. But giving it a try won’t hurt. In fact, you could learn more about the city you are in based on the architectural history of the buildings within them. 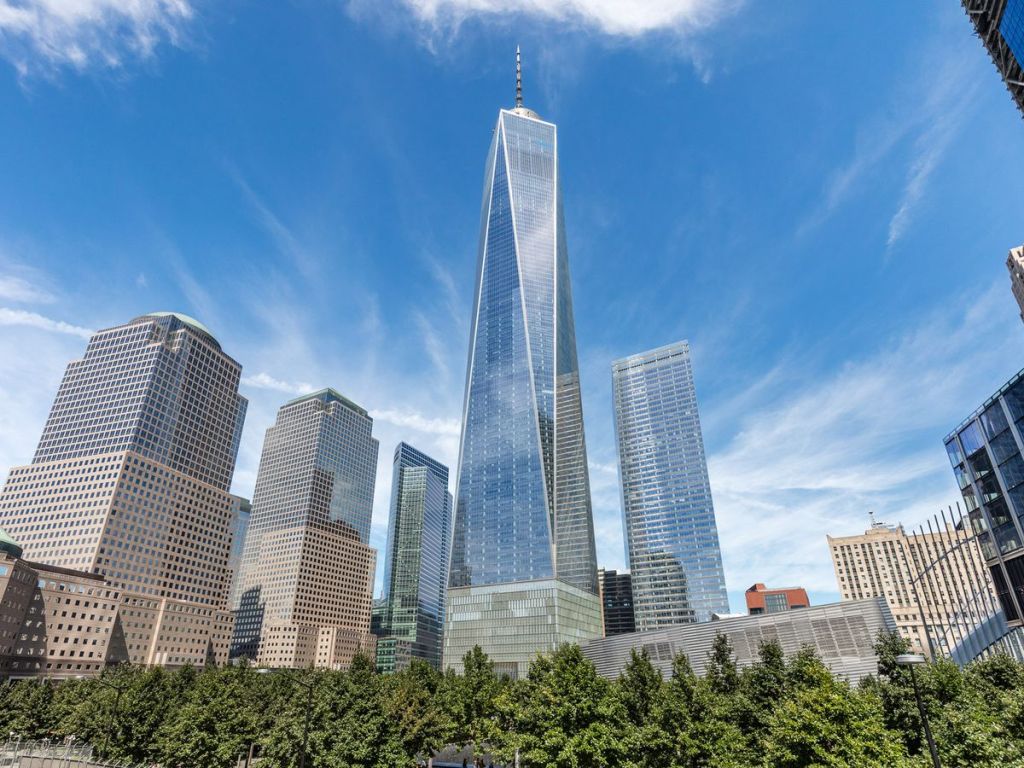 This modern architecture is located in Seattle, Washington. It is mainly an observation tower, but a great architectural attraction to most people who visit the city. It was built in 1962 for the World’s Fair in the same year. Visitors could actually go up through an elevator and appreciate the view of the city from above. The observatory is open from 10 AM to 8 PM every day.

Aside from enjoying the glaciers and other natural attractions in the park, you might want to also appreciate this man-made architectural piece that is The Majestic Yosemite Hotel or currently known as the Ahwahnee Hotel. It is a four-star hotel within the Yosemite National Park. There is a certain magic in this structure because it is in the middle of the spectacular Yosemite’s natural attractions.

This is also known as The Grand or Masonic Hall and Grand Theater. It is located in Wilmington, Delaware and boasts a 1,208-seating capacity. This was built in 1871 by Thomas Dixon. Originally, the theater was a Masonic temple and an auditorium. It still hosts different concerts and plays up to this day. If you watched The Grand Budapest Hotel, this theater would remind you of it. The architecture is historic out of this world.

At first look, it does not look like a chapel because of the overly geometric design. But it is what makes it special. This chapel, located in Colorado Springs, was built in 1963 by the Skidmore, Owings & Merrill (SOM) architectural firm. The structure is actually 150 feet, and for a building with this particular design, this is actually an impressive architecture.

This is located in Los Angeles, California, settled on the slope of Mount Hollywood, which does not only make it a good attraction but also a great location to observe the beauty of Los Angeles, especially at night. Apart from being an observatory, you can also explore exhibits and go to shows when there are scheduled events. You would mistake the observatory for a temple, but trust me, it is not

This state capitol resembles the White House, but it is Alabama’s very own capitol building. This was built in 1851 by Barachias Holt and Horace King. You can take a photo outside or you can actually tour the building during business hours.

If you are tired of just looking at structures themselves, you might want to consider going to museums with interesting architectural designs. You get both––the architecture tourism you never knew you needed and a few art and historical pieces within these museums. Here are some of our top picks. 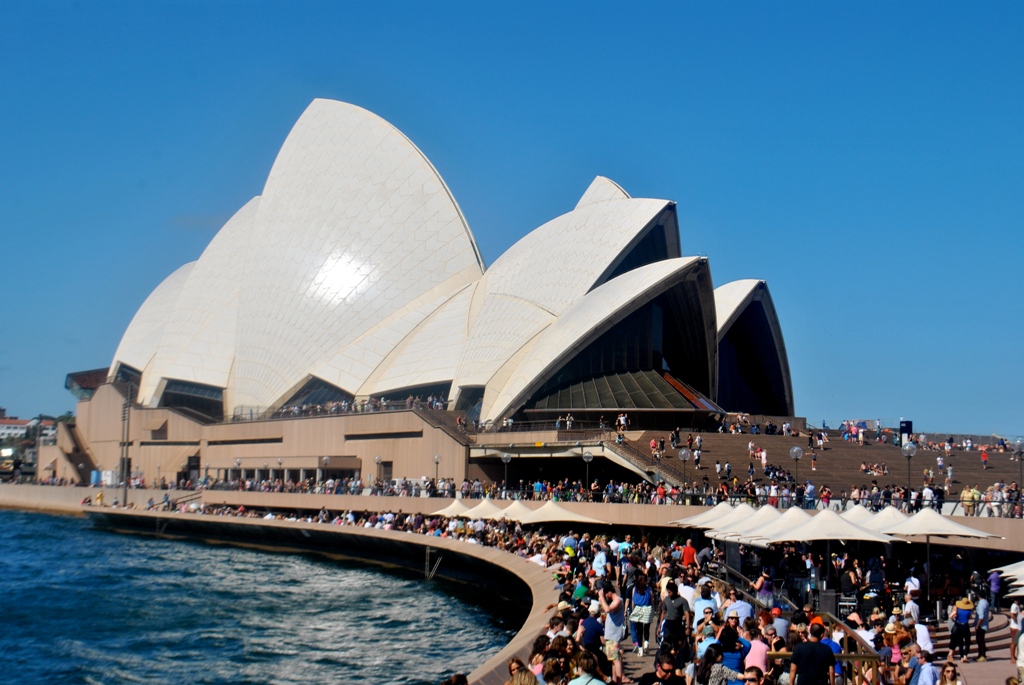 This museum is located in the country’s capital, Washington D.C. It showcases different exhibits, depending on the schedule. Mostly art exhibits and special installations. The architecture of the museum’s front part similar to Greece’s Parthenon.

This museum is located in New York City’s one of the most popular boroughs, hence its name. The architecture of its building is similar to the National Gallery of Art, but a bit larger. The Brooklyn Museum actually covers 560,000 square feet, making it one of the largest museums in the country. In theory, it can hold approximately 1.5 million artworks.

The Museum of Modern Art, also known as MoMA, is also located in New York City. This museum mostly exhibits contemporary art. The external architecture of MoMA is also contemporary, but not too breathtaking. The highlight is what’s inside and how they chose to exhibit the artworks and installations.

The Metropolitan Museum Of Art

Another museum in the heart of New York, The Metropolitan Museum of Art is the largest art museum in the United States and also the third most visited museum in the world. The collection within the museum goes back about 5,000 years, which is possible given the capacity of this museum. The building actually covers 2 million square feet of space. The museum was founded in 1870.

The building of the Museum of Fine Arts Houston was designed by Rafael Moneo, Ludwig Mies van der Rohe, and Isamu Noguchi, but the original museum was designed by William Ward Watkin. It was established in 1900 and is one of the 10 largest museums in the United States. There are plenty of exhibitions in the museum, but their most impressive exhibits are Monet to Picasso: A Very Private Collection and Berthe Morisot: Impressionist Original.

Also known as LACMA, the Los Angeles County Museum of Art is known for its outdoor exhibit of Urban Light, which is a collection of restored street lamps. But it is also known for being the largest museum in the Western U.S. The museum was founded in 1961 and showcases different artworks and installations––from modern and contemporary art to Asian art and Latin American art, LACMA truly has a lot to offer. The museum still continues its exhibition program. The museum actually consists of three buildings and was built similarly to Lincoln Center.

These are just some of the buildings and museums that you can visit if you are planning your dream USA vacation. Planning ahead is the key, given that the country is super vast. If you have already an itinerary, just research which museums and buildings are near your destinations so you can make the most out of this vacation.

5 Reasons To Sell In The Winter

What Are The Most Important Applications of The Pythagoras Theorem Formula In Real Life?

Simple and Effective Ways You Can Grow A Garden In Your...

How You Can Efficiently Humidify Your Large Room

Carpet Colours, Styles, And Options To Pick From

20 Stunning All In One Room Apartment

How to Evaluate Different Types of Engineering Degrees