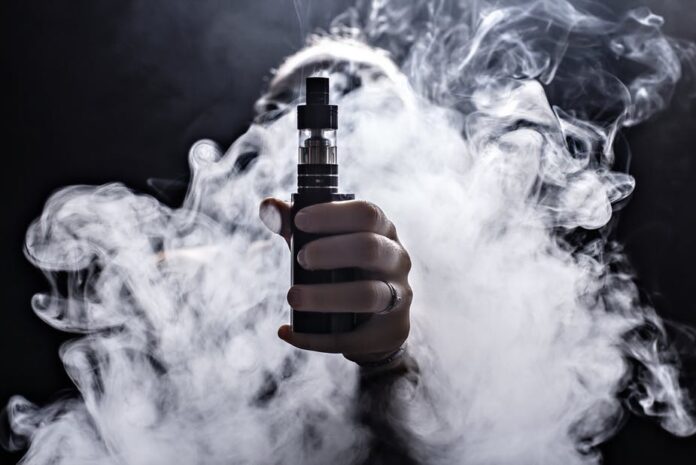 Many of you guys might be considering quitting smoking, and you all may think that e-cigarettes or vape sticks are a good alternative to the regular traditional cigarettes.

People believe that e-cigs help in the transition from smoking cigarettes to not smoking at all by being the middle piece. Even though e-cigs have been in the market for quite a long time, people still have a lot of unanswered questions like, is vaping really safe? Is it a good alternative to smoking cigarettes? Can second hand vapour harm the people around you? Below, we have jotted down five things that you should know about vaping before you consider picking it up.

Vaping is not Harmless as believed by people:

Regular cigarettes have numerous chemicals in them, most of them being toxins that are very harmful for the body. While electronic cigarettes do contain chemicals, including nicotine, flavourings which are then mixed up and turned into vapour which is inhaled by the user, it is believed that it’s still very safe compared to traditional cigarettes as the user is exposed to a lesser amount of chemicals. As people may say that vaping is safer compared to smoking regular cigarettes, it is totally not true. Vaping might not be as harmful as smoking but it isn’t harmless either. According to health regulatory bodies, cases where there are casualties due to vaping is going up everyday. There are more lung injuries and deaths that are surfacing everyday. Most of these cases are caused due to people modifying their vaping devices to use illegal black market liquids that contain highly dangerous chemicals. Vitamin E acetate is a commonly used chemical in vaping liquids, it helps thicken the liquid and is considered as a highly dangerous chemical that is very harmful for vape smokers. Regulatory bodies have kept on telling vape users not to buy E-cig online from untrusted sources, not to try to modify their devices and also they should not buy liquids that are not endorsed by the manufacturer of the vaping device. 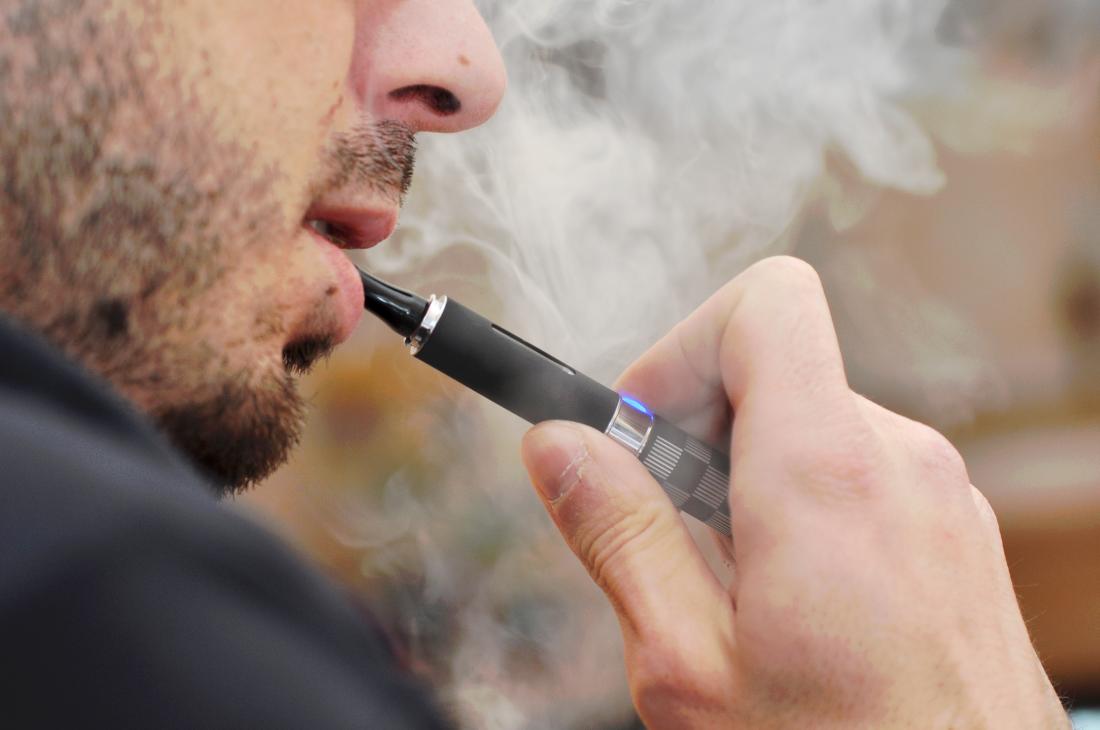 E-cigs are addictive as well:

E-cigs contain nicotine as well just like regular cigarettes. Nicotine is said to be very addictive, just like other highly addictive drugs in the market. The addictive chemical Nicotine promotes the secretion of dopamine in the brain. Dopamine works by teaching your brain to repeat a behaviour, that means your brain is being taught to repeat smoking cigarettes or to continue vaping. With vaping it is worse because some vaping liquids have a higher concentration of nicotine, while you also have the option to regulate the voltage of your vaping device that will lead to a larger portion of the chemical being taken in by the user. If your brain is taught to take in more nicotine, it’ll increase its craving for the substance and you would be vaping more. It might also lead you to smoking regular cigarettes to get a high amount of the substance that your brain has been taught to like a lot by now.

Not the best way to quit smoking:

E-cigs are normally promoted in the marketplace as being the best way to quit smoking traditional cigarettes. This is totally false, because even health regulatory bodies have not given them the recognition as a smoking cessation method. There are other cessation tools that include chewing gum that kills the cravings for nicotine and medications prescribed by the doctors. Research has shown that people who thought vaping will help them quit traditional smoking turned out to be wrong and in the end were smoking both electronic cigarettes as well as the traditional ones.

It might be shocking but this is true, vaping devices tend to explode. The devices have lithium ion batteries in them, these batteries may explode when they fail or overheat. In fact the compact design of electronic cigarettes result in the batteries to explode more when they fail. Vape device explosions can cause casualties that include third third degree burns. An exploding device can have different levels of severity on the individual. It can cause injury to the mouth, the hand or can explode in the pocket as well. Device manufacturers suggest not to charge devices overnight and to only use charges provided by the company. Batteries should be checked frequently to make sure they’re not wet or swollen. Vapes with vent holes are said to be safer in terms of explosions. 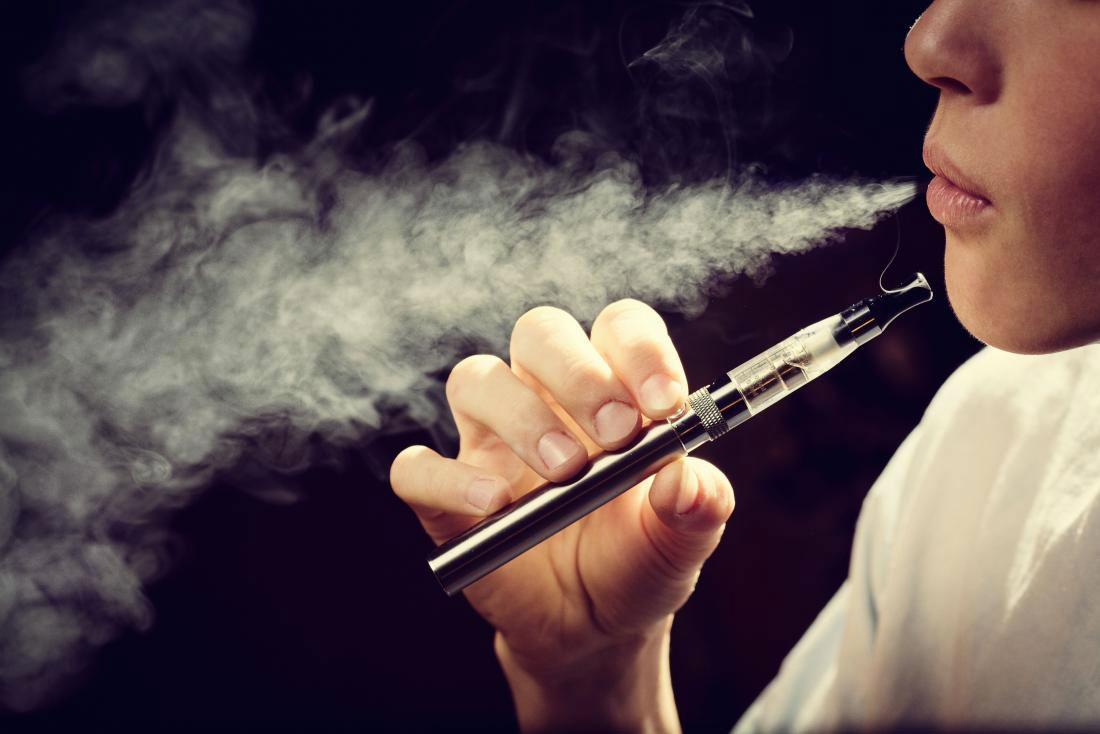 The culture of using e-cigarettes is growing more everyday amongst the younger generation. There are statistics in the US that tell us that there has been an increase of 900% in terms of the use of vape in the youth of the country. A survey has shown that the teens believe that vaping is less harmful compared to smoking regular cigarettes. They believe vaping is not as addictive as cigarettes. Moreover, vaping being more cost effective due to the less prices of vaping liquids or vape sticks has pushed teenageers to pick up vaping in place of smoking cigs. Also, the flavours that are used in vaping devices appeal to the younger generation as well as the older one. Teenagers who have never smoked in the past are being introduced to the intake of nicotine through vaping. It may only lead them to the use of traditional cigarettes in the future as they crave for more. A vaping stick left unattended in a house can also be accessed by young children, who can proceed to use it looking at how easy it is to take a puff from a vaping device. This can greatly harm them if they continue to vape secretly without their parents’ knowledge.

Vaping isn’t the best way to quit smoking if that is what you have in mind. But if you still choose to try it out, here is a trusted seller of E-cig online that you can buy good quality vaping devices and other accessories from. Hope this article informs you on everything you need to know before you venture into that path.

Tips to Consider When Doing An Outdoor Remodel

6 Signs Your Furnace Needs a Repair or Replacement

How to Prepare Your Home For The Coming Holiday Season

Dog-Friendly Landscaping Ideas For Your Yard