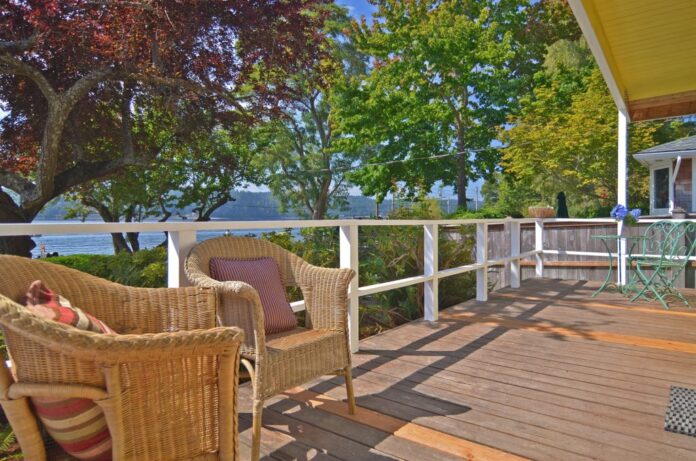 A deck creates a space in your home where you can relax, socialize and share meals with family and friends. However, when you set out to build a deck, there is a lot to consider. If you do not do adequate research and planning, you could end up with something that falls short of your expectations. So before you invest in that deck, here are the most common mistakes people make when building a deck.

There is just something about doing a home improvement project yourself. It is exciting, fulfilling and less expensive. However, DIY can also be a recipe for disaster when building a deck. You need to have the right permits, footings, height and type of wood, among the many other things that can go wrong in a DIY deck.

Poorly installed decks could also cost you due to water damage if attached incorrectly to your home. In addition, there is the risk of injury for anyone helping you out. The last thing you need is a lawsuit because your friend was hurt when your DIY deck collapsed. Work with a professional contractor who can bring your custom deck design ideas to life.

A common mistake when building a deck is attaching the beam or girder to the sides of the support posts. Though this used to be allowed under many building codes, it is not considered best practice anymore. There is a danger of deck collapse given that the bolts may not have adequate strength to support the structure.

The preferred and safer method is to rest the girder atop the vertical support posts. Usually, supports are placed on the metal caps on the tops of the posts. Alternatively, the vertical posts could be notched with a saw so the beam rests in the resulting pocket. It would then be attached to the posts with galvanized carriage nuts, bolts and washers.

Your home flooring sits atop subflooring, and the subflooring rests on joists — long pieces of laminate or milled lumber. Your deck follows a fairly similar structure except that there is no subflooring. The deck’s floorboards are attached directly to the joists.

Without a subfloor, however, the floorboards carry the entire load. PVC and composite deck boards do not have the structural strength as hardwoods. Therefore, they need tighter spacing of the joists. The right spacing is dependent on the deck flooring you choose, so take time to review the relevant joist span tables.

4. Fixing the Ledger Board to the Siding Directly

The ledger board is the deck’s spine. It anchors the deck to the house. The ledger board should not be attached to the top of the siding. That is because the siding’s layers, as well as the rigid exterior foam insulation, imply that lag screws are unable to penetrate deep into the rim joist.

A deck could inadvertently block or cover all kinds of services, including exterior outlets, water faucets, air conditioning units and dryer vents. To avoid that, make sure all services are relocated – preferably before deck work begins.

In certain cases, a deck building permit application may be declined by local authorities if it is going to block a basement window.

Get It Right the First Time

A deck is only as good as the quality of its construction. When you have made the decision to build a deck, make sure you do it in a way that will not require you to completely dismantle it due to poor workmanship shortly thereafter.

The Pros and Cons of Different Commercial Roofing Types