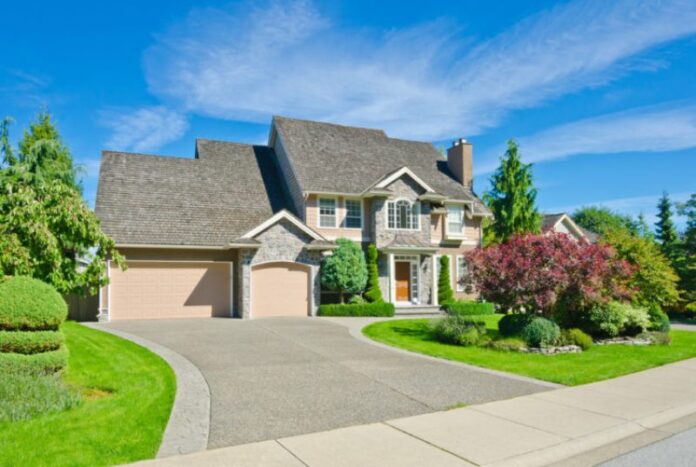 There are many different types of houses found across the US, with various architectural styles, sizes, materials, and building designs. To give you a quick rundown, I’ve compiled a list of 12 most common types of houses in the US. These are:

Also known as ramblers, Ranch homes were introduced in 1920 and are one of the most famous types of houses in the US. You usually found these homes in the rural areas of the West and Southwest of the USA. The popularity of ranch homes is due to their simple layout as the perfect starter home for a family, although they were originally used as housing on ranches. Whatever style of your home is, You can’t enjoy living in extreme weather conditions. Here come the thermostats, the dual-fuel heating system employs a heat pump to provide both cooling and heating for your home

Colonial homes date back to the Colonialism era in the 1600s. They were built by the English colonists who came to settle in the US. These houses are mainly found in the Northeastern part of the country. Other Colonial-style homes that evolved since the 16th century include Spanish, Dutch, French, and German Colonial.

Another common type of house that first appeared in the 1600s and is famous for its blend of Colonial and Colonial Revival architecture is Cape Cod. Just like the Colonial houses, these homes are also mainly found in the Northeast, such as Vermont, Massachusetts, and New York.

The American Georgian houses date back to the 1700s and are based on earlier European styles, which emphasized classical Roman and Greek shapes. These homes have been consistently popular throughout the centuries because of their symmetrical design, decorative elements, and large proportions.

Just as the name suggests, Southern-style houses are found in the South of the USA, where the climate is hot and humid. These open and airy homes are generally larger in proportions and famous for their classical details.

Townhouses first became popular in the early 19th century when land in the cities was scarce. These single-family dwellings were built quickly and took less land space as they shared a wall with another house on each side. Townhouses are highly desirable and affordable homes for families and couples and can be found in most US cities.

Modern homes in the US are built using efficient, eco-friendly materials and smart technologies. Most of these homes are bright and airy with huge floor to ceiling windows to let lots of natural light in. The architecture of contemporary homes is often grand with open floor plans.

Victorian homes originated in the UK during Queen Victoria’s reign (1837-1901). These houses are still popular to this day and can be found throughout the US. Aside from their unique architectural design and high ceilings, another prominent feature is their cylindrical or rectangular turret-like structures.

Log homes were originally used as small cabins with single rooms for temporary dwellings. However, these wooden houses became more popular as permanent homes in rural and urban areas and are similar to bungalows. The modern log homes come in all kinds of sizes and designs and can’t be confined to one particular style.

The American bungalow emerged from the early 1900s during the Arts and Crafts movement that rebelled against industrial production. It first made an appearance in the Northeast but soon became one of the most popular types of houses in the rest of the US. Natural materials, such as stone and wood, were used to build bungalows, with simple layouts and basic-looking facades. There are different bungalow-style homes found throughout the US, including California, Craftsman, Chicago, Foursquare, and Prairie styles to name some of the few.

Mediterranean homes are usually found in Southern California and the Southwest. These homes take their inspiration from Italian and Spanish architecture and take into account the hot climate of the south by bringing indoor and outdoor spaces together.

Also called Medieval Revival, the Tudor style house originates in England in the 1500s. In the US, the modern-day Tudor style architecture found in suburban homes and mansions have been reinvented using the same elaborate concept.

6 Ways to Prepare Your Home for Winter

How To Find A Reliable Local Plumber

3 Steps for Cleaning Out Your Basement

Tips to Speed Up Your Property Sale

How to Spot a Termite Infestation in Your Home

The Pros and Cons of Wood Flooring

Things to Consider When Looking for the Best Lawn Care Agency